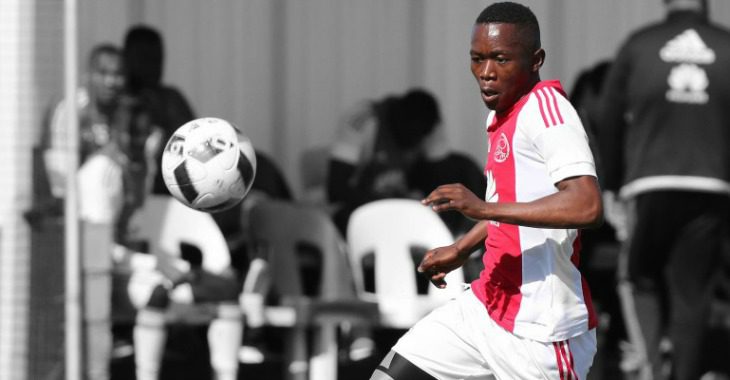 The wing-wizard, who hails from Langa in the Western Cape, graduated to the Urban Warriors Premier Soccer League (PSL) squad ahead of the 2016-17 season, making his top-flight debut away to Bloemfontein Celtic late last year.

Phohlongo, who turned 20 in in May this year, notable formed part of the Amajita squad that took qualified for the FIFA U20 World Cup hosted in South Korea – he will now be hoping to make his mark with the Senior National Team.

“I am very excited, it is a big thing for me – I just want to go there and work hard,” said Phohlongo.

“The last camp I was not part of the team, but I am happy to have been included in the squad for the upcoming qualifiers. For us players it is a big occasion, I am proud and excited to represent my country, family and club at national level.

“It is a dream come true for me – everyone that was at the FIFA U20 World Cup in South Korea talked about graduating to the Bafana Bafana team, and for it to happen… it is a big thing for me, a dream come true.

Phohlongo continued: “I am excited to work with coach Stuart Baxter, it will be my first time – just looking forward to representing my country.

“I am eager to learn and improve my game. I’ve enjoyed a good pre-season and I’m looking forward to the new season [with Ajax Cape Town]. There is a lot of healthy competition out on the wing, but we are all very supportive and ready to do the best for the team.”

Phohlongo will team up with his national teammates in Johannesburg this weekend.