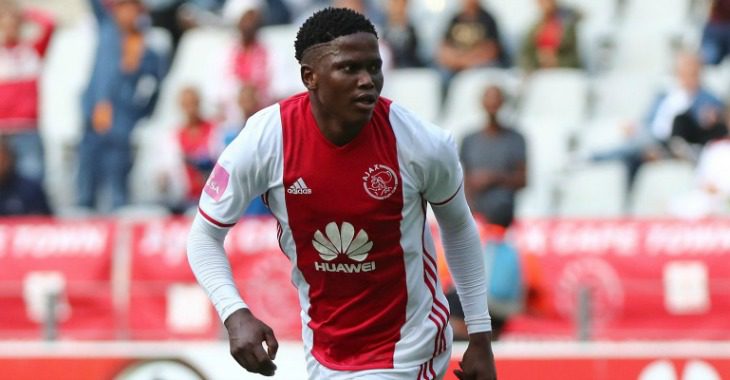 We are delighted to announce that midfielder Ndiviwe ‘Diva’ Mdabuka has committed his future to the club, signing a three-year contract extension this weekend.

The Mfuleni-born hardman made an immediate impact at the club, scoring on his debut in a 1-0 win over Orlando Pirates in the quarterfinals of the 2015 MTN8 competition. The tournament ended with success for the club, with a 1-0 win over Kaizer Chiefs in the final.

Mdabuka has established himself as a hard running midfielder who boasts great ability in breaking down dangerous situations, while his eye for goal has proved a valuable asset to the club.

Following yet another fruitful season in the red and white of Ajax Cape Town, which conjured three goals in 24 appearances, Mdabuka penned a new deal.