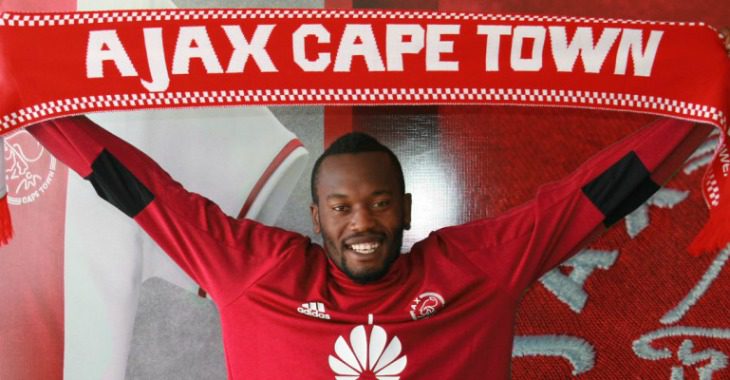 Innocent ‘Slyza Tsotsi’ Nemukondeni has officially joined Ajax Cape Town on a four-year deal, the club are excited to announce.

The 25-year-old winger, who made a name for himself at the University of Pretoria, has committed his future to the Urban Warriors with the club forced to fend off strong competition for his signature from rival clubs.

Moreover, Nemukondeni – who has also earned the nickname ‘Drogba’ in comparison to the legendary Ivory Coast international – enjoyed a stint at Belgium Top Division side KAA Gent before returning to South Africa on his way to starring for AmaTuks.

Born in Meadowlands, Soweto on 8 June 1992, Nemukondeni comes from a football rich environment which has been a hotbed for South African talent over the years.

“It is such a huge pleasure and privilege to have signed, being here is a great feeling and I don’t know what to say,” said Nemukondeni following training at the club’s Ikamva base on Monday.

In regarding to the nickname ‘Slyza Tsotsi’ he added: “I think it is because of how I dribble and the speed that I have, that is where the nickname comes from. I believe I can be a game-changer and I hope to succeed at Ajax Cape Town.”