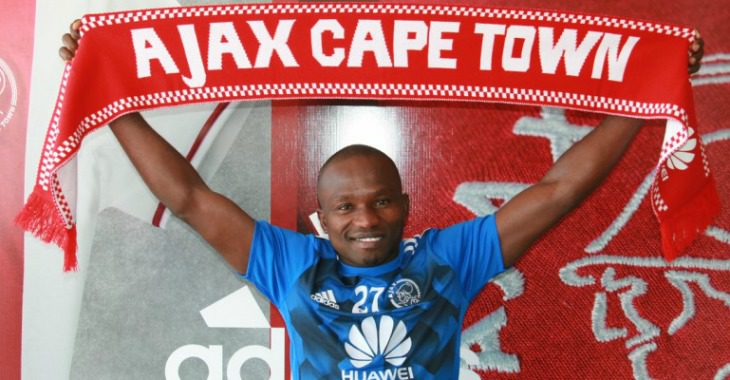 Nigeria international Ejike Uzoenyi has joined Ajax Cape Town, and the pacey winger is ready to paint the Mother City red and white having dominated on these streets before…

The star of the 2014 African Nations Cup (CHAN) tournament hosted in South Africa, Uzoenyi was also part of the Super Eagles team that qualified for the FIFA World Cup hosted in Brazil that same year.

After making a name for himself in his homeland for Enyimba and Enugu Rangers, Uzoenyi joined French club Rennes before making a permanent move to South Africa shortly after the 2014 CHAN Tournament, where he was crowned as the competition’s Player of the Tournament.

Uzoenyi struggled for game time at both Mamelodi Sundowns and Bidvest Wits, with who he won the Absa Premiership title last season, due to injury and will be hoping that a return to the Mother City will ignite something special.

The fleet footed attacker scored a brace at Cape Town Stadium as Nigeria knocked hosts South Africa out of the 2014 CHAN showpiece, prompting then Minister of Sports Fikile Mbalula to infamously refer to Bafana Bafana as a ‘bunch of losers’.

Uzoenyi is on a more diplomatic visit in Cape Town this time around and hopes to bring success to the club’s loyal supporters.