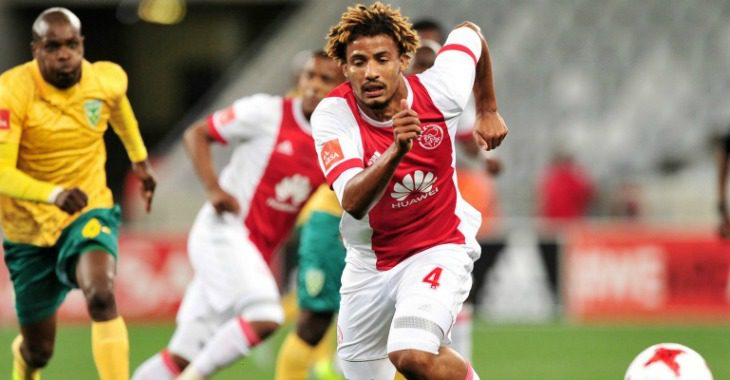 The Urban Warriors defender popped up from a corner-kick four minutes following the interval to net his first goal for the club.

This after Lerato Lamola had handed the visitors the lead in the 24th minute, with both Abafana Bes’thende and the hosts showing signs of fatigue in the closing stages of what was their opening league game of the campaign.

Ajax Cape Town threatened early through Sedwyn George and Mosa Lebusa with latter – who was named as captain earlier this week – seeing his glancing header bounce narrowly wide of goal.

It would be the visitors, though, to open the scoring as Brandon Petersen hammered his attempted clearance into the onrushing Lamola – the ball bouncing off the forward and into the back of the net.

Last season’s National First Division (NFD) top-scorer, Sedwyn George, had a chance to pull the hosts level on the cusp of half-time, but the forward was unlucky to see his shot fly wide after playing a quick 1-2 with Neo Makua.

Ajax Cape Town came out guns blazing following the interval and pulled level through Coetzee in the 49th minute. The 20-year-old Bafana Bafana defender with a rare goal for his club.

Both teams squandered chances to win the game with the two sets of players tiring in the final exchanges. The game duly ending in a 1-1 stalemate.