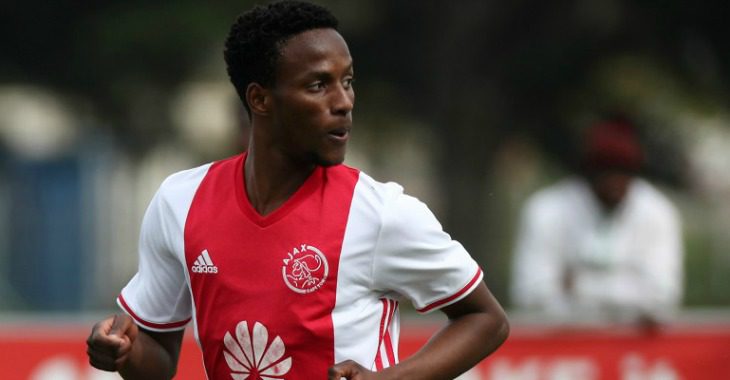 Dean Solomons (18) and Leo Thethani (18) will join partner club Ajax Amsterdam in September on their return from London where they are currently on international duty with the South Africa U20 side. This is keeping with the existing licensing agreement which exists between both clubs looking to advance the careers of the Ajax Cape Town youth players.

The new management of Ajax Amsterdam, which now includes Marc Overmars and Edwin Van der Sar, have taken a special interest in the Urban Warriors Academy since they were appointed as Director of Football and CEO respectively.

Exciting plans between the two clubs are in advanced stages to further enhance the African Academy and will be revealed shortly. They have also earmarked further players currently in the Academy for a move to Amsterdam in the near future.

Dean and Leo have signed for the Dutch club’s reserve side, with the aim of breaking into the Dutch Eredivisie Team within the next couple of seasons.

The duo, who have been monitored by Ajax Amsterdam over the past few seasons, will be returning to the Netherlands, a few months after the Young Ajax’s tour of the country earlier this year.

Both Dean and Leo were part of the Ajax Cape Town squad that participated in two international tournaments in May/June 2017 with Leo having been named the Player of the Tournament at the Terborg Toernooi.

Young Ajax defeated both Manchester United and Real Madrid on their travels, ending the Terborg Toernooi as silver medalists.

The team also managed to claim the bronze medal at the ICTG Tournament in Uitgeest over the same period, with both players making a huge impression on the Amsterdam scouts.

Thethani, a winger by trade, graduated from Ajax Cape Town’s Youth Academy into the Urban Warriors Premier Soccer League (PSL) squad on his return from the Netherlands, with the Khayelitsha-born attacker continuing his meteoric rise since joining the club in 2014 from Mighty United FC who are based in Site C.

Solomons, who calls Heathfield home, is a towering centre-back that officially joined the club in 2011 from Ashford Athletic FC.

Ajax Cape Town wish both players the best of luck on their new venture and hope to see them in the Ajax Amsterdam Eredivisie Team in the not so distant future.