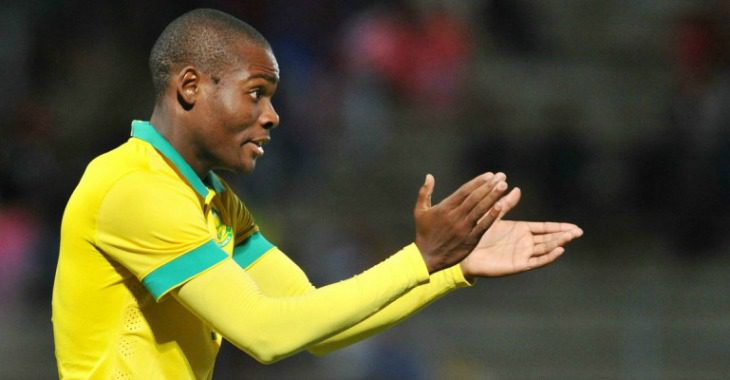 Malepe, 20, officially joined the Urban Warriors from the Buccaneers for the 2017-18 Premier Soccer League (PSL) season last Thursday as he goes in search of regular game time in South Africa’s top-flight.

The versatile defender, who captained Amajita at the U20 Africa Cup of Nations and U20 FIFA World Cup this year, expressed his gratitude on his arrival at Ikamva and hopes to make good of the chance to prove himself in the Absa Premiership:

“I worked hard at Orlando Pirates even though I didn’t get the desired game time – that said – I think this loan move is very good for me because as a youngster I need game time to showcase my talent,” said Malepe.

“I really appreciate the offer from Ajax Cape Town, giving me this opportunity to be part of the family – I am happy to be an Urban Warrior at this point in time. We are pushing hard so that we are able to do well and compete in the Premiership this season.

Malepe continued: “Of course for me, it is very important to get game time. I am going to work very hard to help that we bring good results to the fans.

Urban Warriors First Team quartet Shane Saralina, Sirgio Kammies, Masilake Phohlongo and Grant Margeman have all played alongside Malepe at junior international level, with the defender grateful for the welcome he has received in the Mother City.

“In football it is very important to socialize with fellow players and the likes of Sirgio, Grant, Masilake and Shane, I captained them in Zambia and in South Korea,” Malepe added. “They came to Johannesburg [for Amajita training camps] and I welcomed them with open arms, I now expect the same gesture from them and I am happy to know them. Communication is very important in football and I am happy to have made some friends in Cape Town already.

“I will adapt, I am here to work,” a confident Malepe concluded.