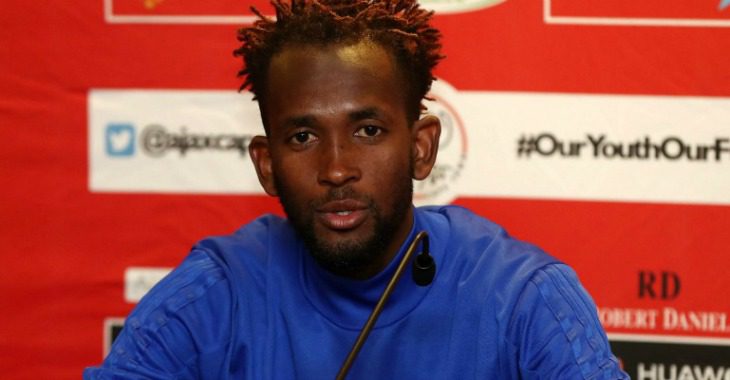 The Urban Warriors head to Soweto eager to end their winless run against the Buccaneers with our struggles away to Pirates well documented.

Lebusa, though, is confident that Ajax Cape Town can finally end their Orlando Stadium hoodoo having picked up a hard-fought goalless draw in the corresponding fixture last season.

The match ignites a busy schedule with games against Polokwane City (home), Baroka FC (away) and Cape Town City (home) to follow this month.

“This is a very important run of fixtures for us, if we are able to get something out of our game against Orlando Pirates it will give us a confidence boost that should serve us well during what is set to be a busy period,” said Lebusa.

“It will be a tough game, it always is in Orlando, but we have worked hard over the past few weeks and the boys are up for the challenge.

Lebusa continued: “It is very important to pick up points early in the season because over the past few seasons we have been guilty of starting slowly, and in the end we have to play catch-up.

“This season we have changed our mentality – we want to pick up as many points as possible early on in the season and that is our focus.

“It is always difficult to play there, but it won’t be easy for them as well. We are going to give it everything to come back with all three points.

Stanley Menzo’s troops struggled on their travels last season, but Lebusa remains hopeful with the club having showed improvement during their Gauteng trip in pre-season.

“We have been working on it, it isn’t easy to play away from home,” Lebusa added. “The altitude is different…but yes we are working hard to change our away form. We went to Johannesburg and Pretoria in pre-season and we did well,” he concluded.