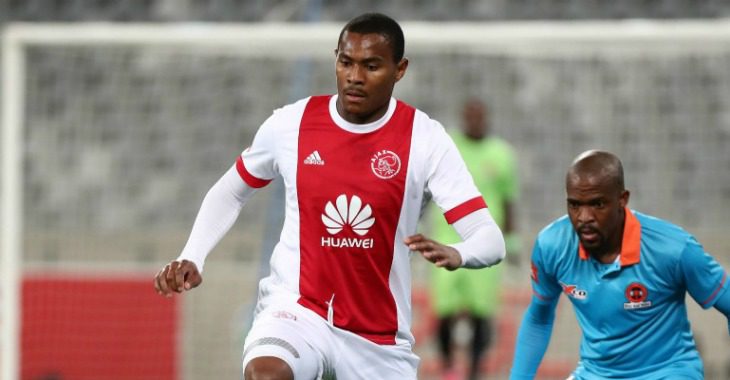 Prince Nxumalo at the double for the hosts, who stretched their unbeaten home record against Rise and Shine to five games. Victory subsequently moves Ajax Cape Town up to 10th place on the log standings, City drop to 12th place.

The Urban Warriors showed early signs of promise with Innocent Nemukondeni – in his first start for the club – forcing George Chigova into a good save in the seventh minute.

The Rise and Shine goal-minder was called into action once more five minutes later, this time to deny Nxumalo. The burly Zimbabwean sliding in with his feet to clear from danger.

Stanley Menzo’s troops continued to dominate the possession stats, but were not putting that advantage to good use, with the hosts guilty of coughing up possession at every turn.

City, though, ended the half on the front foot with Walter Musona squandering a golden opportunity with only Brandon Petersen to beat in the 40th minute.

Nxumalo finally found the breakthrough in the 70th minute – pouncing on a mistake by George Chigova for his first of the campaign.

The burly forward wouldn’t have to wait long to double his tally, nodding home Rodrick Kabwe’s pin-point cross in the 90th minute to secure all three points for the hosts.