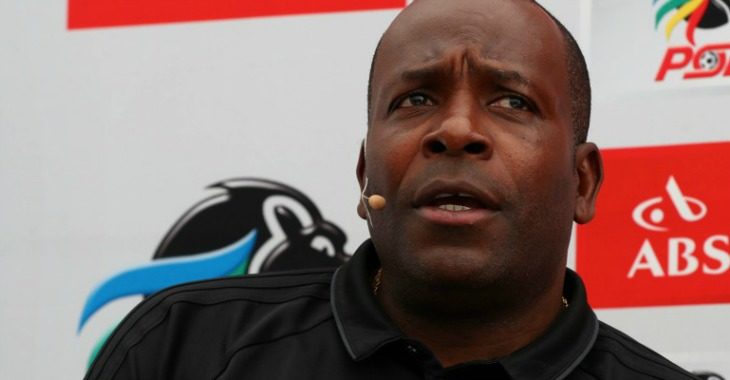 Ajax Cape Town head coach Stanley Menzo is geared for what he believes will be a tightly contested Ikapa Derby.

The Urban Warriors host crosstown rivals Cape Town City in arguably the most anticipated clash of the Absa Premiership season thus far, on Saturday afternoon. Kick-off is at 15h00 CAT.

Tension is at fever pitch in the Mother City with the two teams throwing everything but the kitchen sink at each other in build-up to the #WozaNazo showdown.

“The game will be full of passion,” said Menzo.

“I think it will be fiery, but good as long as we can have respect for each other.”

He added: “The players have been singing before every training session and the mood is really positive. Things are really looking good. I have even started to learn the singing of South African songs.

“This is a unique derby: two teams that play from the same stadium – you don’t see that often, I think only Milan has this at this moment.

“It creates energy, it brings people together and it’s good for football,” the former Dutch international concluded.