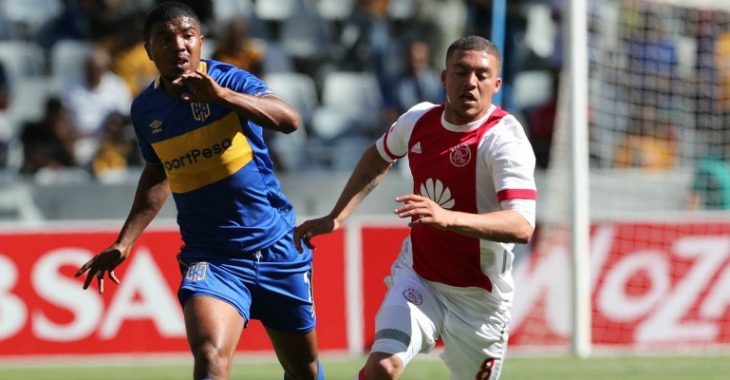 Ajax Cape Town were unable to bring an end to their winless run against Cape Town City, as the Citizens emerged 2-0 winners in an Absa Premiership clash at Cape Town Stadium on Saturday.

Following intense build-up to the third installment of the Ikapa Derby, the Urban Warriors failed in their efforts to grab the bragging rights over their fierce crosstown rivals.

Goals from Victor Obinna Nsofor and Judas Moseamedi guiding the visitors to victory.

Following a cagey start the clash, Rodrick Kabwe registered the first shot in anger with 26 minutes on the clock. Sage Stephens with a spectacular save to deny the Zambia international.

Obinna Nsofor duly opened the scoring for the Citizens for his first goal in South Africa’s top-flight, eight minutes later. The burly Nigerian bundling the ball over the line after brushing off two defenders.

The visitors 1-0 up at the interval.

But, it was not to be for the Urban Warriors as Moseamedi made sure of all three points for the Citizens in the 88th minute of the clash.