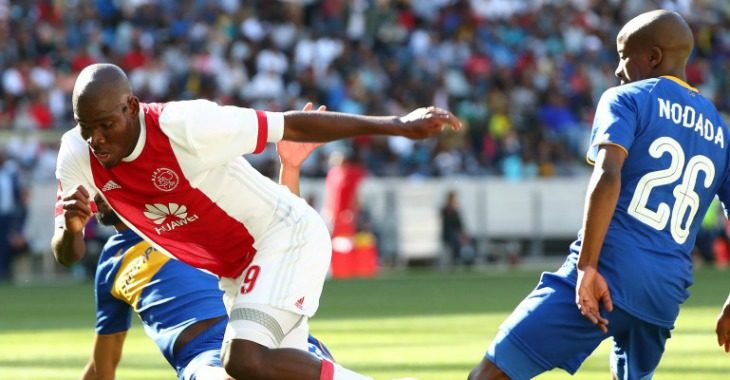 Ajax Cape Town have suffered a major injury blow with news that Tercious Malepe will miss up to eight weeks of action.

Malepe, 20, has been one of the Urban Warriors stand-out players this season following his loan move from Orlando Pirates, notably picking up the man-of-the-match accolade in the club’s 2-2 draw away to Baroka FC last month.

Head of Medical ,Jantho Greyling, also confirmed that Morne Nel has undergone successful surgery to his groin with the midfielder currently recovering at home.

In more positive news, Toriq ‘Tokkie’ Losper is back in action. Having battled with injury over the past 12 months, the Ajax Cape Town Youth Academy graduate is back and firing.

Having registered four assists in two MultiChoice Diski Challenge fixtures, Losper is slowly getting back to his creative best.

“We got a bit of bad news on Monday after the Derby game. We sent Tercious for a CT scan of his lower back and we found that he has a stress fracture of his L5 vertebrae. Which means that he will be out of action for a minimum of six weeks after which we will take another CT scan and see if that bone, vertebrae has healed and then slowly get him back into it.

“But, yes, he will probably be out for around six weeks which is a big blow for us because he was doing very well. It is a very unfortunate injury.

“Morne underwent surgery on Monday, the surgery went very well and he is out of hospital, he is at home recovering. But, as we all know, he will only be back in action next year.

“The operation, though, was successful and he is recovering, hopefully he will recover as soon as possible. That said, he has a long rehab process that he first has to follow and then we will have a better idea when he will be back on the field.

“Hopefully we can use him for the PSL Team as soon as possible, he is getting back to his best.”