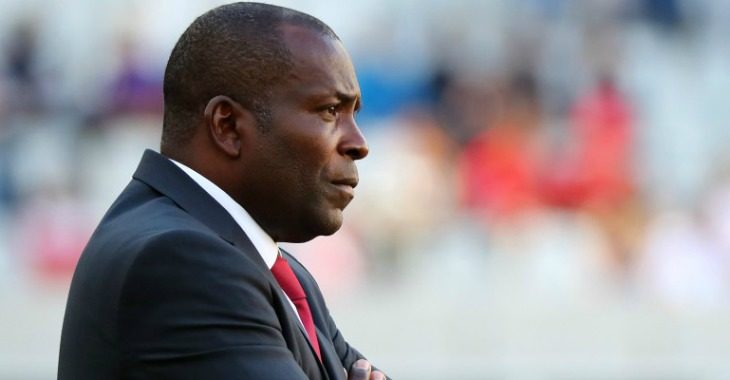 Ajax Cape Town head coach Stanley Menzo has underlined what he and his troops will be focusing on during the international break, as the Urban Warriors aim to bounce back from a disappointing 2-0 loss to Cape Town City.

“I hope the players are disappointed, but that said, we have to go on and work on ourselves,” said Menzo in reflection of this past weekend’s iKapa Derby defeat.

“I don’t think we have to change a lot, but we have to work harder on the things we work on. We have to create more chances, we have to defend better – that is what we will focus on this week.

Menzo continued: “We have to create more chances and get into the box, and into more dangerous positions. We have to be more clinical in the final third, better passes, better runs and the chances we get we have to score.

“Defensively is not all so bad, but defence is teamwork. As a team we have to defend better. We need to create confidence at either side of the pitch.”

A possible answer to Stanley Menzo’s prayers could be the return of Toriq Losper. The attacking midfielder, who missed 12 months of action due to injury, is back in training and firing on his quest to full match fitness.

Having conjured four assists in two MultiChoice Diski Challenge games, ‘Tokkie’ teed up two more in a 3-2 friendly win over Ubuntu at Ikamva on Wednesday.

Furthermore, Menzo has provided some words of advice for Junaid Sait – another knocking on the First Team door following a string of impressive displays in South Africa’s reserve league.

“It is not easy for him [Junaid], he played regularly in the National First Division last season and now he is playing MDC – he needs that challenge and he has asked me how we can keep challenging him,” revealed Menzo.

Next up for the Urban Warriors is an Absa Premiership clash away to Free State Stars at Goble Park on Wednesday 18 October. Kick-off is at 19h30.