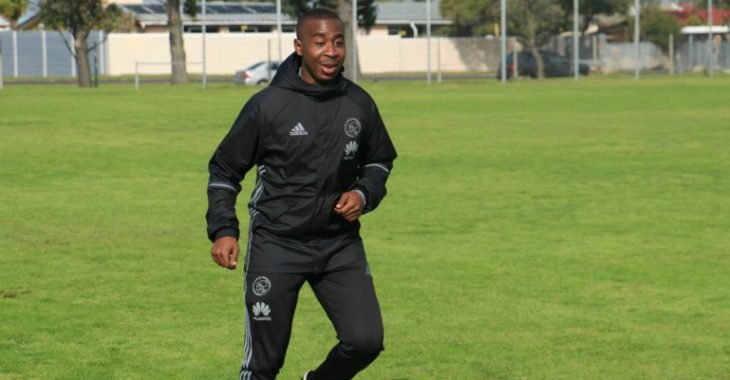 In this Get To Know installment on ajaxct.co.za, we spoke to Urban Warriors U14 Head Coach Siphelele Goniwe.

At 23-years-of-age ‘Sips’ is the youngest coach at Ikamva. He has found the perfect balance between studies and coaching over the past five years and is currently a student at the University of the Western Cape (UWC).

‘Sips’ took over the reins from Danilo Leal as Head Coach in May having served as assistant to the Brazilian since the start of the year.

Goniwe guided the U14’s to the CTFFA Super League Title four months later. He will be aiming to complete the U14 treble this weekend when the Urban Warriors take on Old Mutual in the CTTFA U14 Knockout Final at De Beers in Somerset West.

“I am a Capetonian, I attended Milnerton High School, matriculated in 2012. Luckily from Grade 9 I knew that I wanted to attend ETA (Exercise Teachers Academy) in Newlands that deals with Sports Science, Coaching Science and Fitness.

“I was there for two years, unfortunately they didn’t have a three-year course for a degree so I finished my diploma there in 2014 and graduated officially in 2015, but I started at Ajax Cape Town while still at ETA in 2013, aged 18.

“I first started at the club as an intern and it was really challenging, especially Ajax Cape Town being the first place I coached. Starting here was really difficult, because everything here is so professional and I encountered coaches who knew exactly what they wanted so you had to adapt very quickly.

“I was one of the lucky one’s who became a coach after being an intern, that rarely happens. Usually you are an intern and you leave to make way for someone else, but luckily for me I stayed.

“In 2015 I also had the opportunity to work with Maahier Davids and David Kannemeyer in the Young Ajax group, and in that same year I was also at ProZone for a few months as a coder which will in turn lead to a video analyst, which was also quite interesting as it was a job within football.

“In 2016 I started my Sports Science degree at UWC, now I am in my second year – I did really well at university last year – and to top it off I was offered the opportunity to become the U14 head coach at the club this year. It is quite a bit tricky to handle both as they are both very demanding. Straight from Varsity coming here and then going home to catch up on work, and repeat.

“It is challening, but if it is something you want to do it becomes easier.

“Growing up in Cape Town you obviously always want to end up at Ajax Cape Town. I played football at school, and I played for a few local clubs like Edgemead, Vasco and Bothasig. I wasn’t too bad, but I enjoyed football most importantly.

“As a result, in Grade 11 when I stopped playing club football, to play school football and to focus on my matric year in 2012 that really went well. But, obviously, when you get to that age and you haven’t cracked into an Old Mutual, Fish Hoek or Ajax Cape Town it is kind of ‘the ship has sailed’ so to say.

“The next best thing had to be coaching. Obviously you don’t play as much, but it is another way of channeling your expression of football. You might not be playing, but you still get to keep your mind thinking about football, and also my dad coached at Vasco so I learnt a lot from him – my football love is from my dad and he set a stepping stone for that direction.

“I think the first person will have to be coach Gromps [Mapila]. Among any coach in the world he is someone that I look up to because he is a person that makes football and coaching so simple because he knows exactly what to look for in football.

“The ability to see things before they happen and to read situations so well I think is phenomenal. If I can come close to that it would be a huge achievement.

“If we go beyond Ajax it will have to be Pep, considering his ability to train players to the finest atom, focusing to the greatest detail. As a coach that is something we should all strive to.