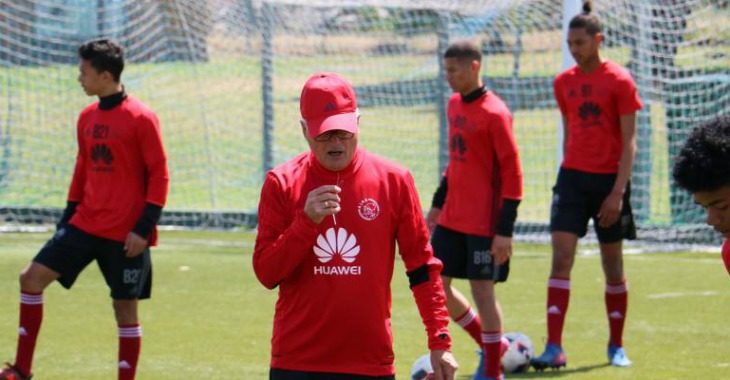 Ajax Cape Town on Sunday welcomed coaches from across the Western Cape province for a special coaching course, hosted by Foppe De Haan.

The Dutch mentor, who recently took up a new role with the Urban Warriors, has been in the Mother City over the past couple of weeks to tutor the club’s Youth coaches while also offering his expertise to the club’s youth players as well as coaches from all surrounding LFA’s.

Ajax Cape Town invited 60 coaches to the coaching clinic at Ikamva – free of charge – with a theory session followed by practical session on Ikamva’s A Field.

The theory session, which predominately delved into discussions surrounding tactics and training methods for specific age groups, was streamed LIVE on the Ajax Cape Town Facebook page, and can be viewed on the social media platform.

De Haan will conduct further workshops with the Ajax Cape Town coaches this week before returning to the Netherlands.

The 74-year-old, who recently helped the Dutch Women’s team to 2017 UEFA Championship glory, will return the Mother City throughout the season to work with Head of Youth Hans Vonk and the Youth Academy.

Watch this space for the next coaching clinic, coming soon!