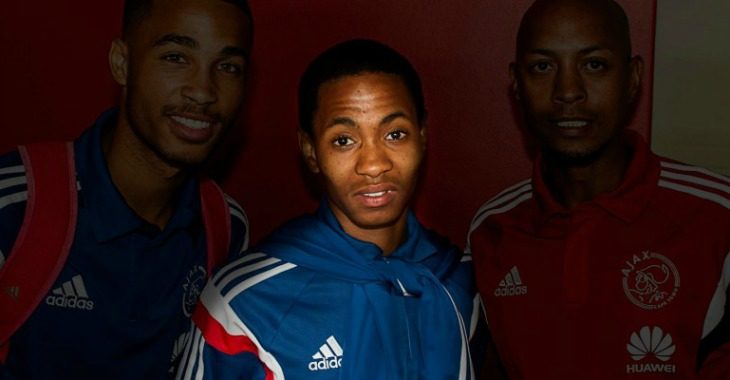 In remembrance of the late Keethan Claasen, who tragically passed away this past weekend, we spoke to some of those who were closest to the former Ajax Cape Town Youth Academy player before his untimely death.

Claasen spent several years at Ikamva and was notably part of the 2014 Young Ajax team that starred on tour in the Netherlands. He was only 21-years-old at the time of his death.

“Keethan really became one the outstanding players in the [Matroosfontein] team over the past couple of months. He was the first name on the team sheet.

“He really wanted to be on the field and really enjoyed himself. He just brought something different to the game and when he had the ball you just never knew what would happen.

“Matroosfontein won the Knockout and this weekend the club played in Castle League playoffs – he [Keethan] was outstanding, happy and kept the team together. It is a great loss to the club and the community as a whole, as he left his mark wherever he went.

“He was a quiet boy, listening to the people now in reflection…Keethan never said a bad word about anybody, why did this happen to him? He wasn’t a person that was outspoken, he was just dynamite: small in stature, but he had a big heart, and that is what we will forever remember.”

“The best things come in small packages, that is the best way of describing Keethan. I will remember him as a true Warrior, fighter on the field and a real passionate footballer. He was well known and respected within the Ajax Cape Town youth, and easy to notice on the field as well.

“Our thoughts and prayers are with his family and friends.”

“My condolences to the Claasen family, Keethan and I grew up playing together. What I remember about him is that he was a very vibrant guy, he was never down, never upset and he always took everything in his stride. I think that is a characteristic that not a lot of people have.

“I hadn’t seen him in a while, but it is a big loss. To have such a character around the house, for his family and friends, you know it is somebody that you are going to miss. It is sad, the manner in which it happened, but what can you do about that. My condolences to his family and may his soul rest in peace.”

Everyone at Ajax Cape Town would like to send their deepest and most sincere condolences to the Claasen family during this difficult period.

Mark Kulp visited his family in Elsies Rivier last night to pay his respect on behalf of the club and we will continue to do so throughout the week as we remember a special talent and humble soul.