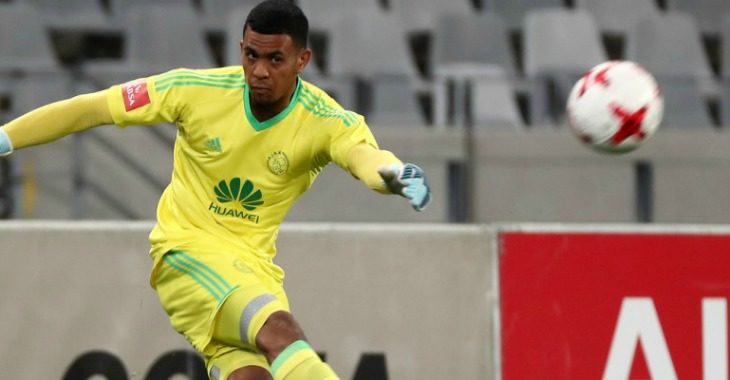 Ajax Cape Town Head of Medical ,Jantho Greyling, has confirmed that goalkeeper Brandon Petersen will miss a minimum of six weeks of action, after suffering a hip injury in the club’s 2-1 win over Bloemfontein Celtic this past weekend.

As a result, Jody February is set to start in goal for the Urban Warriors away to Polokwane City in the Telkom Knockout Cup this Saturday.

“Unfortunately we got a bit of bad news today, Brandon Petersen injured his hip in the match against Bloemfontein Celtic,” Greyling said.

“He managed to get through the game, but we sent him for an MRI scan yesterday [Wednesday], and he has a labrum tear of his hip: which means he will be out of action for a minimum of six weeks.

“We are just waiting on the specialist’s opinion on the way forward, but he will definetely be out of action for a prolonged period,” Greyling concluded.