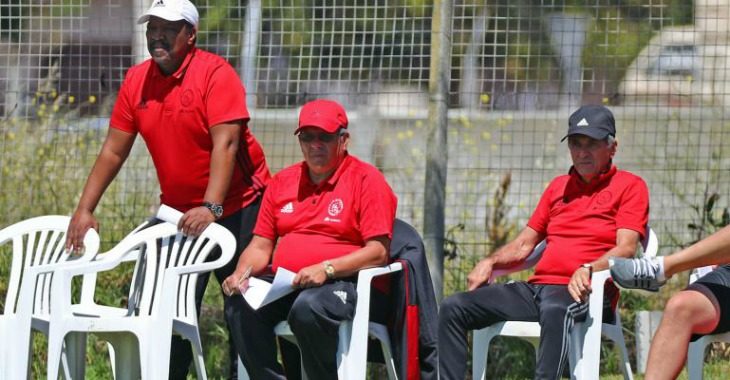 The 1st Touch Programme has reached a critical stage with the penultimate phase set to take place this coming weekend, ahead of the final squad selection for next year’s crop of U12 players.

Head of Scouts at Ajax Cape Town, Sergio Dos Santos, reacted positively in aftermath of the first leg of the Ikamva Challenge, hosted at our grounds in Parow this past Saturday, with the second leg set to take place this coming weekend – Saturday 11 November.

The coaches and scouts will then come together to make a final squad selection of 16 players for the 2018 season. Kick-starting what we hope will be a fruitful career with the Urban Warriors for the selected players, ultimately leading to graduation into our Premier Soccer League (PSL) squad and beyond.

“First of all, when you get to this stage of the Ikamva Challenge – 120 players coming out here – they [the kids] are obviously, as you can imagine, highly motivated. It is a huge opportunity to stake their claim,” said Dos Santos.

“It was a beautiful morning [on Saturday], not too hot and certainly up to lunch time at least the tempo of the matches were quite exciting. However in the afternoon when the sun came out the tempo died down a bit which is understandable. They are only young boys between the ages of 9-11. Ten minutes each way… it is a lot of matches.

“However, the standard was very, very good this year as it normally is. And for the very first time – unlike previous years where we select approximately 30 players that come back for the final competitive morning when we then finalize our squad – we’ve actually selected 47 players.

“The reason behind us selecting 47 is because there are a lot of players of similar quality which obviously makes it very difficult to finalize. So, 47 players it will be this coming Saturday.

So, what can the final group of 47 players expect this coming Saturday, as they aim to make their mark…

“What will change this weekend is that we will play our games on the A Field, 11 v 11 so we get to see the boys play in their designated positions instead of the 9 v 9,” Dos Santos added.

Hopefully at the end of this session, which will be about two o’clock in the afternoon, we will sit down over the next few days finalizing the squad which will compromise of 16 players. That will then be the U12 squad for the 2018 season.

The 1st Touch Programme forms an integral part of our Youth Academy, something Dos Santos has further highlighted as we continue to strive for the best.

“I continue to make that point and highlight said point because of all departments and teams we have here, this is probably the most important phase of bringing in players,” he continued.

“Because, if you do it right and we are fortunate enough to make the best decisions in terms of picking the right quality – these players that come in will start the process of working through the academy and hopefully by the time they reach 15/16 years of age, and they continue to improve, they will be knocking on the door to get into the PSL squad at a later stage.

“This is very, very important. It is hard work. We started this year’s 1st Touch Programme at the end of June and it will come to a conclusion in mid November. It gives you an impression how long this process takes and how much is involved in reducing the numbers from over 1000 hopefuls from across Cape Town to picking that final 16 players,” Dos Santos concluded.