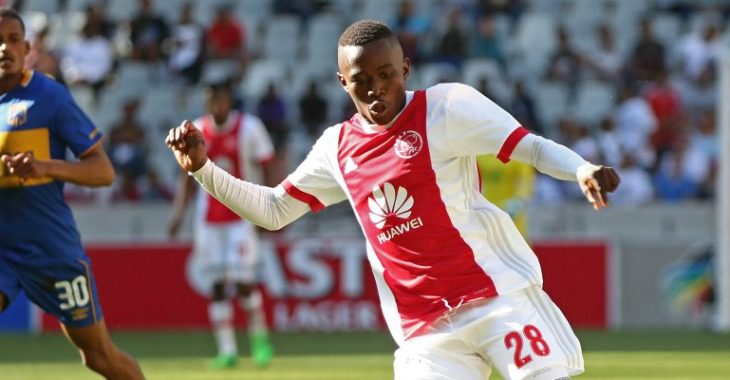 Masilake ‘Scara’ Phohlongo scored the only goal of the game as Ajax Cape Town claimed a 1-0 win over Cape Town City in a MultiChoice Diski Challenge clash at the King Zwelithini Stadium in Umlazi on Saturday morning.

The Urban Warriors made their intentions clear from the onset with Scara channeling his inner Hlompho Kekana in the opening minute – his shot from the halfway line flying inches wide of goal with the Citizens goalkeeper stranded.

Phohlongo duly opened the scoring in the 19th minute. Yagan Sasman with the turnover and charge before teeing up his teammate who made no mistake: hammering home a left-footed rocket from the edge of the area.

The Citizens fought their way back into the encounter and rattled the woodwork on the cusp of half-time.

FULL TIME:@CapeTownCityFC 0 – 1 @ajaxcapetown
Masilake Phohlongo scored the only goal of the iKapa derby as The Urban Warriors claim their 4th win of the season and move up to 5th on the log standings. #Asidlali pic.twitter.com/nCQypNW4i5

Ajax Cape Town continued to probe following the break and should’ve doubled their lead, but failed to do so with Innocent Nemukondeni guilty of squandering a golden chance in the 77th minute.

The Urban Warriors were almost made to rue the catalogue of missed chances as City won a penalty in second-half stoppage time following a foul by Tylo Miller.

Duncan Adonis stepped up for Ian Taylor’s men, but he was denied by Darren Johnson with what proved to be the final kick of the game.

A hard-fought victory in the end for Duncan Crowie’s troops who subsequently moved up to fifth on the log standings.