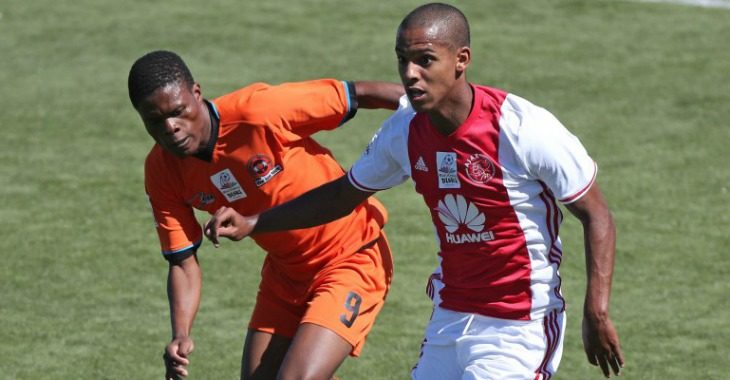 Ajax Cape Town quintet Renaldo Leaner, Sirgio Kammies, Kiyaam Bull, Luke Vester and Tashreeq Matthews have been called up for national duty, as Amajita step up their preparation for the upcoming 2017 COSAFA U20 Championships.

South Africa, runners-up at the previous edition of the tournament, will have to deal with North African guests Egypt, as well as Mozambique and Island nation Mauritius in Group B.

The competition will run from 6 – 16 December 2017, and will take place in Kitwe, Zambia with the host nation eager to defend the title they won in Rustenburg last year.

Thabo Senong’s troops will kick-off their campaign against Mozambique on Thursday, 7 December at Nkana Stadium.

The above mentioned called-up players are set to report to the National Team Camp, as requested this coming Friday, at the SAFA Technical Centre. The camp will run from 17 – 26 November in Johannesburg.

Ajax Amsterdam defender Dean Solomons, who moved to the Netherlands from Ikamva at the end of August, has also been included in the squad for the preparation camp.

We wish Amajita all the best as they step up their preparations for the 2017 COSAFA U20 Championship.