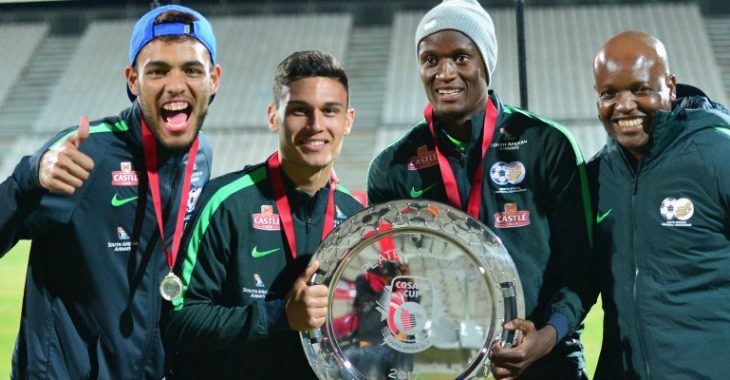 In aftermath of his stoppage time heroics for the club’s MultiChoice Diski Challenge team, we caught up with Ajax Cape Town goalkeeper Darren Johnson.

The 20-year-old saved a last minute penalty as the Urban Warriors claimed a hard fought 1-0 win over Cape Town City in Umlazi this past weekend.

Masilake Phohlongo’s 19th minute strike handed Ajax Cape Town an early lead, but the Citizens held their own and were only denied a point by Johnson after Duncan Crowie’s men had missed catalogue of chances to put the game to bed.

“To be honest with you the game was really tough and we just couldn’t find our rhythm,” Johnson said. “There were a few good patches and bad patches for us, but we kept our cool for most parts only for us to lose it [our concentration] in the last gasp of the match.

“They got the penalty and to be honest with you when it comes to pressure that’s when I feel I’m at my best because I like to prove people wrong.

“I’ve known Duncan [Adonis] for quite a while so that gave me an idea of where he was going to aim it so once I made my mind up I went that way, and it worked.

Johnson was happy to return to action with Jody February and Youth Academy goal-minder Leathan Croats having also started in goal for the MDC team this season.

“My position at the club now is quite good,” Johnson added. “I have Brandon [Petersen] and Jody in front of me [in the PSL squad] and the three of us are quite young. Any game time I get at this point in time, I have to take it with both hands and show people that I am ready when they need me.

Furthermore, Johnson is happy with the progress made by the MDC team, knowing all to well the pressure that comes with playing for any of the Urban Warriors youth teams.

“The boys have been doing well. I think we have coped with the pressure and we are going out there and playing with freedom. So far so good.

“When we play any team in the MDC I feel teams do tend to step up their game, going out there to represent the club at youth level is a great honour,” Johnson concluded.

Next up for the Urban Warriors in South Africa’s reserve league is a clash against AmaZulu on Sunday the 26th of November.