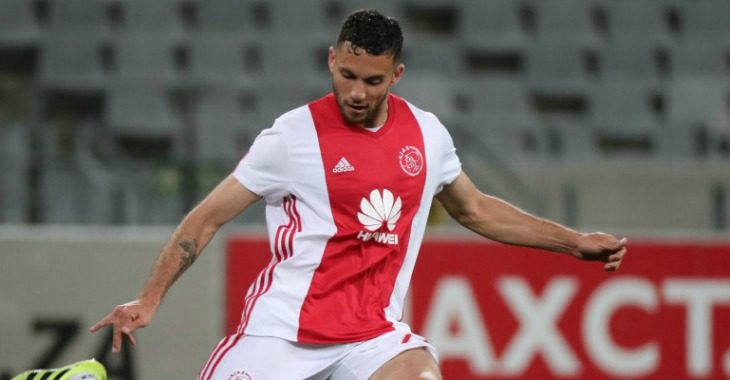 Ajax Cape Town finally return to Absa Premiership action with a clash against AmaZulu at Athlone Stadium next Saturday, 25 November.

The Urban Warriors have been out of action since the 1st of this month due to Telkom Knockout Cup games and the recently concluded FIFA international break.

Roscoe Pietersen lamented the timing of the interval, but nonetheless the Ajax Cape Town utility player is confident that he and his troops will come up trumps against Usuthu.

“I think before the break we started to pick up some sort of momentum, we were playing good football and we started to find our feet,” said Pietersen.

“In the cup game [against Polokwane City] we were unlucky to lose on penalties, while in the match against Platinum Stars we were the best team on the night.

“But, then all of a sudden you are out of action for like three weeks. The mood in the camp is still good and the effort in training is at 100 per cent. You can see that the guys are all fighting for a place in the starting 11. The training sessions are nice and intense.

He continued: “I think the break might have hampered us a bit, but I think also that it refreshed our minds and that we will now come back more hungry.

The 28-year-old, who formerly donned the colours of the KwaZulu Natal outfit, expects nothing but a good tussle with AmaZulu eager to prove their worth in South Africa’s top flight.

“I know the club, I was obviously previously there – a very nice club and one of the pride’s of Durban,” Pietersen added.

“I have worked with Cavin Johnson as well at SuperSport United, a good coach who likes to play with the ball, a possession driven type of football.

“It will be a nice fight, a good fight and they obviously want to establish themselves in the Absa Premiership again. Having bought their status they will feel they have a point to prove, so they also want to prove a thing or two this season.

“That said, I think we will have the upper-hand over them, playing at home and we will give it a real go,” he concluded.