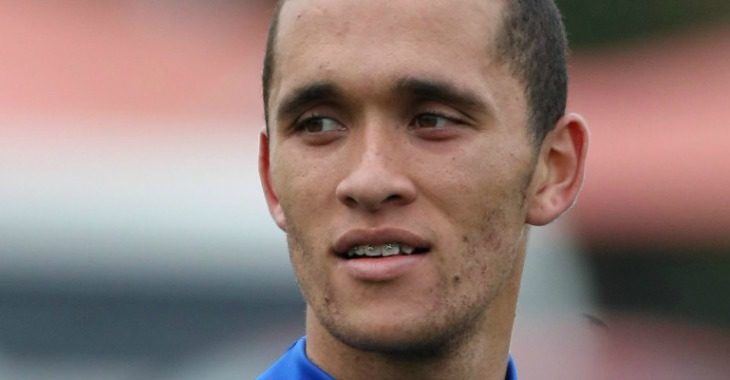 Ajax Cape Town striker Sedwyn George has rubbished claims suggesting that he is ready to give up on his ‘dream’ of playing for a club in South Africa’s top-flight.

Last season’s National First Division (NFD) golden boot winner joined the Urban Warriors ahead of the 2017-18 Absa Premiership season, and despite a challenging start to life in the Mother City – George isn’t willing to throw in the towel.

“I worked hard to get here, I only want to move forward in life,” said George in response to what can only described as ‘fake news’. “I’m disappointed that people think I’m ready to give up.

“Yesterday [Tuesday] we had a team building session and I am really happy with the progress I’ve made on and off the field. Personally, I feel I am growing as a player and that is the main thing for me. I am really happy at Ikamva.

George continued: “Ajax Cape Town handed me the opportunity to play in the Absa Premiership – thinking back I never thought I’d make it to this level. Why would I want to leave and go back to the NFD? It just doesn’t make sense to me.

“Wherever you go there are always challenges and in sport, in a team game, you have to fight for your place in the line up.

“In the end you win as a team and I will continue to encourage my teammates, even if I’m not playing. I am ready to work for my spot in the starting 11.” the 26-year-old concluded.

Ajax Cape Town return to league action this coming Saturday with a home clash against AmaZulu at Athlone Stadium. Kick-off is at 20h15 CAT.