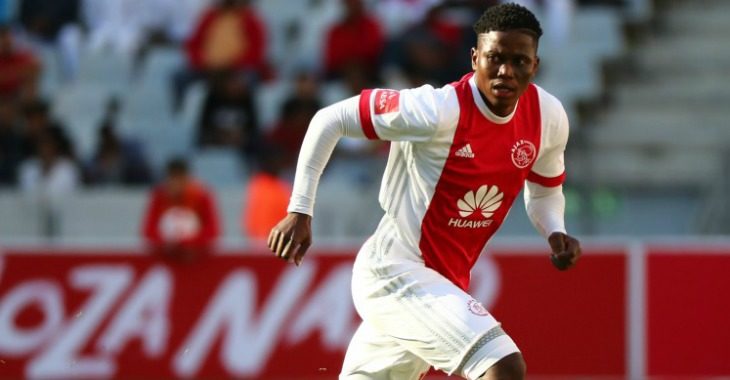 Ajax Cape Town head coach Stanley Menzo and midfielder Ndiviwe Mdabuka shared their thoughts on the club’s goalless draw away to Bidvest Wits in the Absa Premiership on Wednesday.

The Urban Warriors did well to keep out a persistent Clever Boys outfit on a wet evening in Johannesburg, with Mdabuka’s performance in the middle of the park rewarded with the man-of-the-match accolade.

“I think we played really well, we stuck to the game plan and we didn’t give them any time on the ball to deliver crosses into the area,” Mdabuka said in the aftermath. “We did that very well.

“Overall, I think it was a fair result. Both teams created chances. That said, I am also disappointed as we needed maximum points.

“We are keeping each other motivated and trying our best to get out of this situation we currently find ourselves in,” the 26-year-old added.

Considering the fact that Bidvest Wits are not only the defending league champions, but were also crowned Telkom Knockout champions this past weekend – Menzo was happy to walk away with a point at the very same venue where the club suffered a heavy defeat back in February.

“I am very happy for the team, it was a great performance against last season’s champions,” Menzo said. “I am happy with the effort, the discipline and that the players were rewarded with a point.

“We came to the home of the champions so it was never going to be easy. We didn’t give a lot away. As long as you don’t concede you will always have a good chance to win the game. I am happy, hard work was rewarded.

“We had to make the field compact, the players helped each other and that is important. If you want achieve something you have to be together as a team.

The former Dutch international also reserved special praise for Sirgio Kammies who made his First Team debut for the club. The 19-year-old held his own at right-back to help his team to a clean sheet.

“Sirgio Kammies did very well on his debut, big compliment to him. It is a point, a very important point. Last season we came here and lost 5-0 so let’s take this point and build on that,” Menzo concluded.