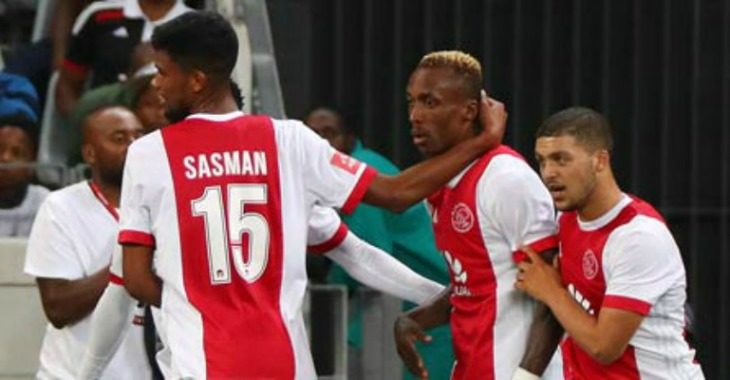 Mosa Lebusa opened the scoring for the hosts before Yannick Zakri completed his brace, as the Urban Warriors registered a first league win over their counterparts in seven years.

Lebusa headed home from a corner-kick with 12 minutes on the clock. The Ajax Cape Town skipper with a thunderous header from Yagan Sasman’s corner-kick as the ball cannoned off the woodwork and into the back of the net.

The hosts doubled their lead in the 32nd minute through Zakri. The Ivorian forward with a clinical finish following a swift counter-attack ignited by Grant Margeman and assisted by Tendai Ndoro.

Ajax Cape Town were dealt a double blow on the injury front as both Lebusa and Brandon Petersen were forced off the field – leaving Muhsin Ertugral with no substitutes for the entire second stanza.

The Buccaneers surged forward in attack following the break and should’ve pulled a goal back in the 52nd minute, but Innocent Maela blazed his shot over the crossbar with the goal at his mercy.

February was called into action to deny Luvoyo Memela in the 82nd minute as Pirates continued to dominate both possession in territory. The shot-stopper with a world class save.

Ajax Cape Town, though, would put the game to bed a minute later as Zakri finished off a low cross from Siyanda Zwane on a memorable night for the Urban Warriors.