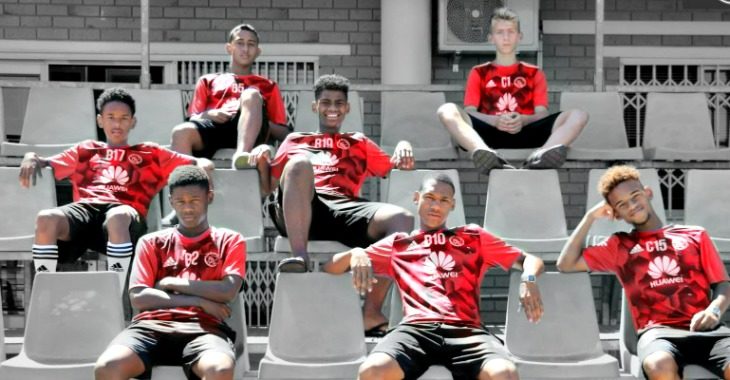 Since the inception of Ajax Cape Town (Ajax CT) in 1999, the youth academy has led the way in South Africa, and possibly Africa, as the front runner in youth development.

Over time, and after 19 years of our existence, competitors have copied our model in many ways, and although Ajax CT remains the leading light in the development of young talented footballers, the time has come for the club to take the next major step in this field and lead the way to youth development excellence.

In order to make the next big step and in order of achieving vastly improved results from our youth academy, we believe that the setting up of the Ajax Lambda Institute (ALI) is essential.

The only objective of the ALI would be to nurture and prepare young African talent for the top European leagues. The aim would be to annually promote at least 2-3 players for the European market (preferably for Ajax Amsterdam) and 4-5 players to graduate from the ALI into the Urban Warriors Premier Soccer League (PSL) side.

We are excited by this new venture and strongly believe that this step will set the trend for youth development on the continent. Our Youth is Our Future.

The AJAX LAMBDA INSTITUTE will be launched at IKAMVA to house, feed, school and train highly talented footballers and prepare them for the European football stage.

Briefly the following is planned for the AJAX LAMBDA INSTITUTE;

a. Initially, 30 footballers (increasing to 50 on completion of phase 2), predominantly between the ages of 14 and 18, are to be selected on a very rigorous process by a very strict selection criteria so as to be accepted in the AJAX LAMBDA INSTITUTE program. It is suggested that in the first couple of years, the initial intake will be limited to 15-20 footballers so at ensure the success of the venture. Some of the critical criteria in selecting the intake will not be compromised in any way whatsoever, will include but obviously not be limited to the footballers;
i. Natural Talent
ii. Physical attributes ie. speed, body structure
iii. Mental Capacity
This will ensure that the success rate is high and failure is minimised

c. The footballers will be housed at the specially designed facility from Sunday afternoon and will be released to their families straight after the weekly Saturday game.

d. Their daily program (6am – 8pm), will prepare them for the world of professional football and will include;
i. in house schooling through our partnership with Generation Schools;
ii. increased coaching sessions;
iii. specialised training;
iv. physical training (gym);
v. leadership programmes by the Kate Jordan;
vi. life coaching (social program) with our in-house Life Coach and Chaplin Bruce Nadin;

e. Timing of the AJAX LAMBDA INSTITUTE
The program has already begun since January this year even though the facilities will be completed in June this year. 7 future stars have been selected into the program and have commenced the program in January.