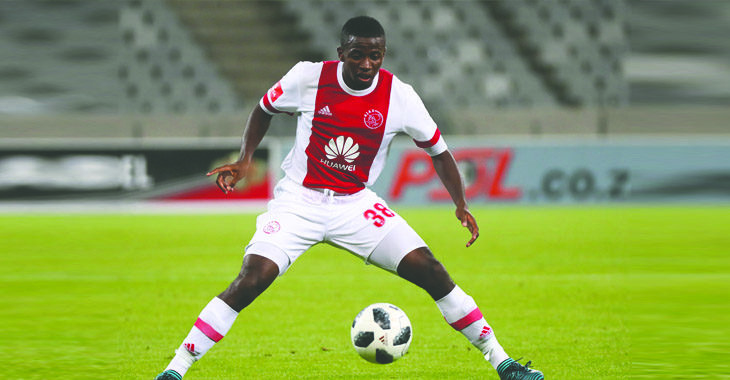 Ajax Cape Town midfielder Gerald Takwara has received a national team call-up from the Zimbabwe Football Association (ZIFA) for the forthcoming four nations tournament to be played in neighbouring Zambia later this month.

Takwara, 23, officially joined the Urban Warriors from FC Platinum during the January transfer window, having impressed for Zimbabwe at the 2017 COSAFA Cup Tournament.

The four nations tournament will see Angola, South Africa and Zambia battle it out with the Warriors of Zimbabwe from 21-24 March. Takwara will report for National Team duty on the 19th of this month at the ZIFA head office in Harare.