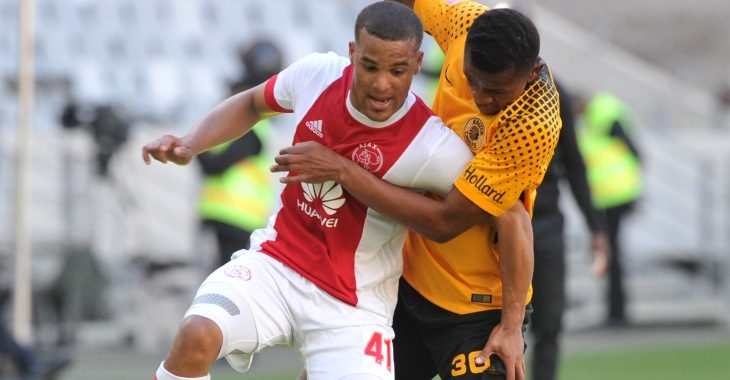 Following a rather cagey start to proceedings, the hosts kicked into life and went close through Roscoe Pietersen and Yannick Zakri with the fore-mentioned unlucky to see his attempt canon off the crossbar.

The hosts continued to press forward in search of the opener, but Chiefs would also have their chances and were only denied through the heroics of Jody February who made an outstanding save to deny Bernard Parker in the 44th minute.

The Glamour Boys duly hit the front in the 52nd minute through Parker who nodded home from a corner-kick.

This breathed fire into the hosts who hit straight back through Mosa Lebusa who netted his third goal in as many game from a similar situation; heading home from a corner-kick.

But, the sucker punch would soon follow through Joseph Malongoane, who broke Ajax Cape Town hearts in the 86th minute with a neat finish from close range.