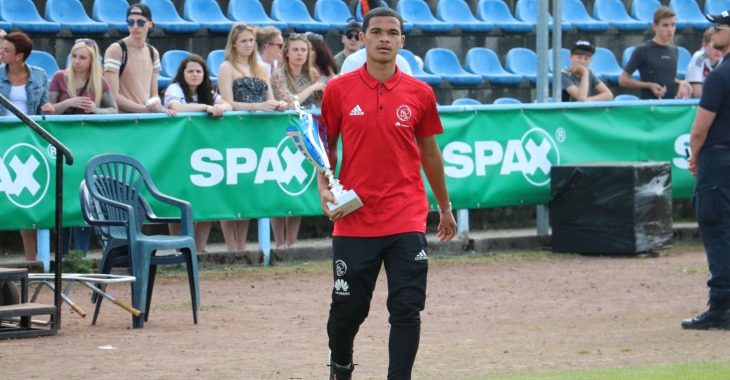 Young Ajax finished in 6th place at the 2018 SPAX-cup in Ennepetal, Germany on Monday following a 3-1 penalty shoot-out (2-2 after regulation time) defeat to Fortuna Düsseldorf at the BremenStadion.

The Urban Warriors suffered an early blow, but goals from Keenan Abrahams and Khaya Mfecane put the South Africans in the driving seat. The Germans, though, hit straight back and duly emerged victorious from the penalty spot.

For Duncan Crowie and his troops the attention now shifts to the Terborg Toernooi where the club will be aiming to at least emulate their runners-up finish achieved 12 months ago.

With three of the 18-man squad born in 2002 and a further six in 2001, the two tournaments serve as a huge learning curve for what is a very young squad. Patrick Fisher is the youngest player in the Young Ajax squad at 15-years-of-age.

Young Ajax leave for Terborg on Wednesday morning with the club’s opening game this Friday against Club Brugge.