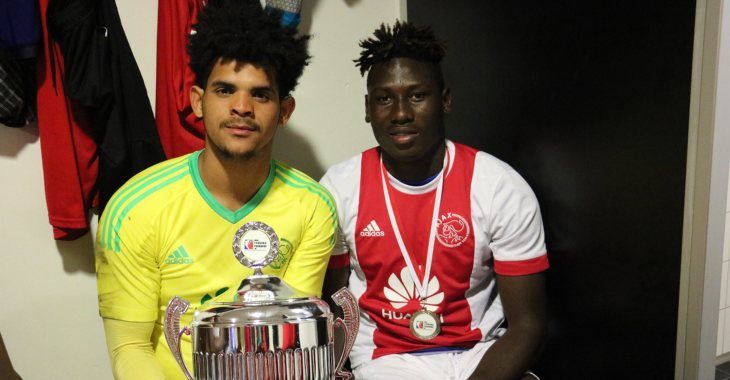 Ajax Cape Town finished as runners-up at the Terborg Toernooi in the Netherlands for the second year running on Sunday.

The Urban Warriors suffered a 2-0 defeat to Palmeiras in the final of the U19 Tournament, 12 months after losing in the showpiece to fellow Brazilian club Atlético Mineiro.

Young Ajax defeated Atlético Paranaense 5-3 on penalties (0-0 after regulation time) to reach the final with 15-year-old Bongolwethu Siyasi capping a faultless display from the spot.

Zaakir Allie’s ‘panenka’ had the crowd on their feet and the bit of magic unsettled Paranaense with Renaldo Leaner saving the ensuing penalty from the Brazilians. Siyasi duly slotted his attempt into the bottom left corner as Young Ajax reached another final in Terborg.

Injuries to Lassina Traore, Kegan Johannes and Dante Brown – coupled with growing fatigue – failed to unsettle the South Africans who showed great determination and fighting spirit throughout the weekend.

Palmeiras, though, proved too strong in the final for a youthful Young Ajax squad with two goals in two first half minutes leading Verdão to victory.

Young Ajax return to Cape Town on Monday morning ,from Amsterdam, and will arrive in the Mother City at 21h30 CAT.