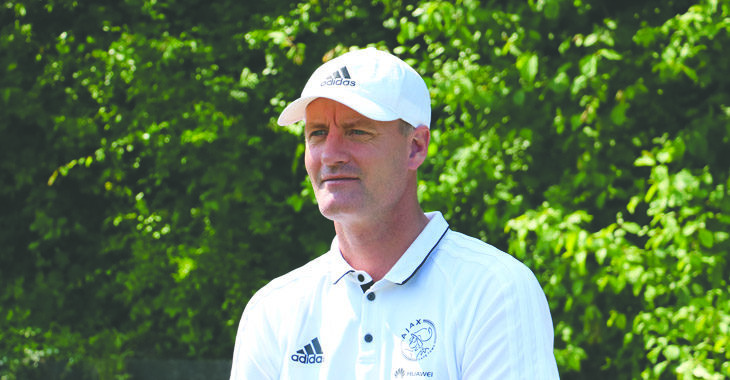 Head of Youth at Ajax Cape Town Hans Vonk spoke to the club’s official website following what he believes was another successful European Tour for our U19 team.

Young Ajax returned to the Mother City on Monday evening following two weeks abroad where they participated in the SPAX-Cup and Terborg Toernooi in Germany and the Netherlands respectively.

Duncan Crowie’s youthful squad finished sixth in Ennepetal and as runners-up in Terborg (for the second year in succession), to cap a memorable tour with the Urban Warriors already invited back to participate in the Terborg Toernooi’s 40th edition next year.

“The start to our tour was a little bit tough which was normal because we arrived in Ennepetal with a lot of players who had never been in Europe at all,” said Vonk. “They had to adapt to their surroundings, but that said I feel we could’ve done much better.

“We were very close to reaching the semifinals and would’ve done so with a single goal in our final group game against Middlesbrough. The first game was a perfect way to start proceedings, the only team that I feel was really better than us was the eventual winners Hamburger SV and then against Middlesbrough we failed to score despite dominating the game.

“Finishing third in our group was obviously a bit disappointing, but seeing the set up and being the first club from the African continent to participate in the SPAX-Cup was an honour and also served as invaluable experience for our young squad.

Vonk continued: “We then traveled to Terborg and everyone started to shine. Everything in Terborg ‘fitted’ – the weather was very nice, the guest families were outstanding, unbelievable hospitality.

“Good results, good football from our side and great feedback from people that I interacted with in Terborg saying that they always like to see Ajax Cape Town at these international tournaments. We always have something special, for example: the singing before matches and Zaakir Allie’s penalty in the semifinal. It was a beautiful tournament.

“A bit disappointing to finish as runners-up again, but at least we have something to look forward to because we have already been invited to next year’s tournament to play at the 40th anniversary of the Terborg Toernooi and that is great motivation to go there and win it,” Vonk concluded.