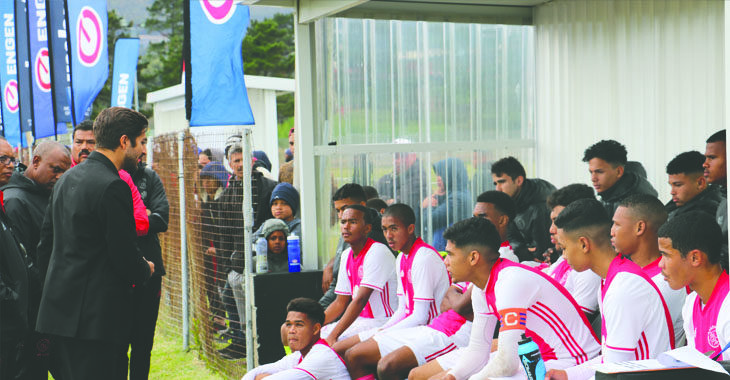 Ajax Cape Town’s group stage fixtures for the 2018 Engen Knockout Tournament has been confirmed, with the club to kick-off their campaign against CF All Stars at 14h00 this coming Friday. The game will take place on Field C at Parow Park.

The Urban Warriors will then lock horns with Houtbay United FC on Field A at 16h00 before going head-to-head with Grassy Park United on Saturday morning at 10h30, on the same Field.

The Knockout Stages will commence on Saturday afternoon with the Final to take place on Sunday at 14h00, followed by the prize giving and closing ceremony.

Ajax Cape Town boast a rich history at the Engen Knockout Tournament and will be eager to claim the title this weekend having lost in the final to Old Mutual last year.