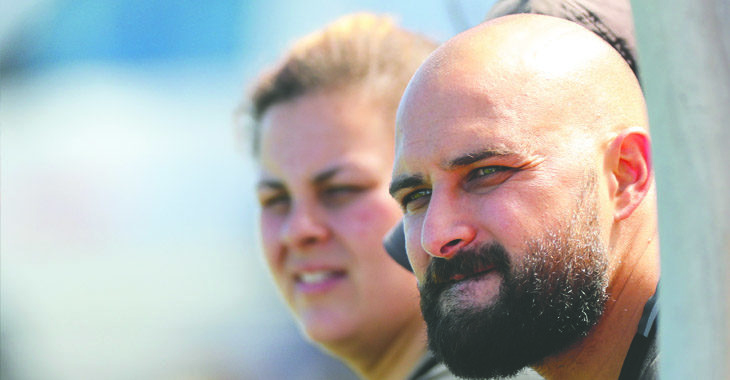 Ajax Cape Town U18 head coach Robbie Santo is looking forward to the 2018 Engen Knockout Tournament that kicks off in Parow this Friday.

The Urban Warriors, who boast a brilliant record in the tournament, will be aiming to reclaim the title having finished as runners-up at the very same venue 12 months ago.

“As a group we are really excited,” said Santo. “This tournament is one of the things we do look forward to on the football calendar. We have been together as a team and working hard since January, we are excited about it.

“We know it will be a tough tournament. We have only one it once over the past three years, we know that teams want to beat Ajax Cape Town, that is why we need to be ready.

Santo continued: “It is a good group of players, a young group that can play in the Engen Tournament for the next couple of years. We have a lot of potential and we are excited to see how things develop over the course of the weekend.

Santo’s troops will be geared for any scenario with the first objective to end top of their group. CF All Stars, Hout Bay United FC and Grassy Park United pose a stern test for the club with teams expected to raise their game in the battle for silverware.

“We have to be prepared for every factor; the weather, the field, the opponent,” the former Ajax Cape Town midfielder added. “We expect tough challenges. All the teams raise their game at the Engen Tournament.

“Whether we are successful or not this weekend, this is part of the process and if we win or lose we will come back on Monday and continue working, we will debrief and see how we can get better as a team and individually,” he concluded.

The knockout stages will commence on Saturday afternoon with the final set to take place at 14h00 on Sunday. The regional winners will qualify for the Engen Champ of Champs competition, a competition won by Ajax Cape Town in 2015 at the Lucas Moripe Stadium in Atteridgeville.