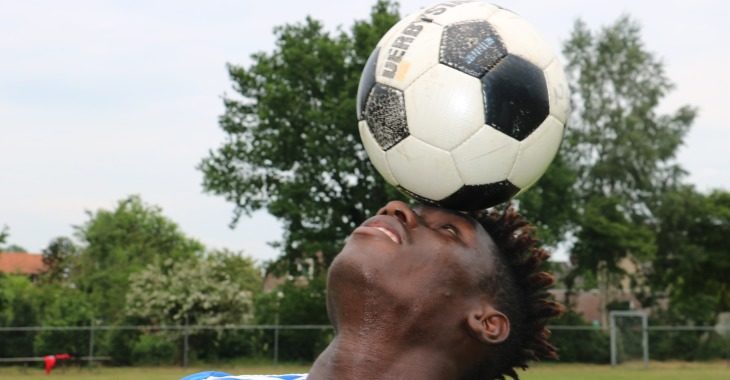 Ajax Cape Town can confirm that Lassina Traore has put pen to paper in a three-and-a-half-year deal with Ajax Amsterdam that will begin when the player turns 18 on the 12th of January this year.

Lassina will be reunited with Leo Thethani and Dean Solomons in Amsterdam. The South African duo joined the Dutch giants from Ajax Cape Town in August 2017. This move marks a club record making Traore the 4th European export in 18 months after Tashreeq Matthews signed for Borussia Dortmund just a few months ago.

The Burkina Faso international trained at Ikamva for the final time on Friday the 7th of December before jetting off to the Netherlands on Sunday 09th of December, where he enjoyed Christmas before travelling with the Dutch giants first team to Florida, USA for a mid-season training camp.

Traore arrived in the Mother City from Burkino Faso at the tender age of 16 years old, a year after initially linking up with Ajax Cape Town on Young Ajax’s tour of the Netherlands.

He settled quickly into life in South Africa despite not being able to speak a word of English at the time – He is now able to speak English and a touch of Dutch even some Afrikaans and Xhosa too for good measure!

Traore, who turns 18 in January, starred for the Urban Warriors in the MultiChoice Diski Challenge over two seasons, notable netting a hat-trick in a 5-4 win over Kaizer Chiefs in February. He moves to Ajax Amsterdam, without representing Ajax Cape Town at the PSL or NFD level .

Lassina impressed after training with the Ajax Amsterdam’s first team in March, rubbing shoulders with the likes of Matthijs de Ligt, Justin Kluivert and Klaas-Jan Huntelaar.

He returned to the Netherlands a few months later as part of Young Ajax’s European tour, starring in both the Ennepetal tournament in Germany and the Terborg Tournament in Netherlands, despite nursing an injury that kept him out of the final few games of the trip.

We wish Lassina all the best in his future endeavours and look forward to seeing him making his mark for Ajax Amsterdam in the Dutch Eredivisie and UEFA Champions League in the very near future.

“I will never forget Ajax Cape Town,” said Troare before saying his goodbyes.

“It was quite a brilliant time in Cape Town, very good, I enjoyed it a lot and I met a lot of nice people here. Everyone tried to help me and I am very happy to have been have part of the club.

Traore continued: “I am very excited to return to Amsterdam, I am going to work hard and try to be in the first team as quick as possible.

“My dream is to play in the Champions League. I’d like to make Ajax Cape Town proud of me to show that there is talent coming from the club and that more players from Cape Town will join me in Amsterdam,” Traore concluded