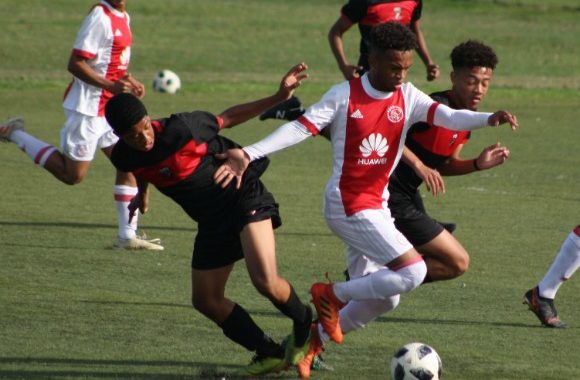 After another tough round of fixtures it turned out to be a good weekend for Ajax’s Youth Teams against Ubuntu FC at Ikamva on Saturday, 25th May 2019.

Good fortune and a good fighting spirit has brought a good level of measure to the progress made by our Youth Teams at Ikamva this past weekend.

It was a much improved performance once again from our U12 team who started the weekend’s proceedings with a 3-3 draw against visitors Ubuntu FC. A lack of concentration though cost the team as they conceded two goals in the final three minutes of the game.

The U12 Team result was followed by a closely contest battle between our U14 Team against Ubuntu FC U14 Team with Ubuntu taking glory with a 3-2 win on the day.

Our U16 turned our luck around as they made it easy for themselves by punishing Ubuntu FC 4-1 on the day.

The Final game of the day was again another slow start from our U18 Team as they conceded very early in the game to go down by a goal within the first eight minutes to a very determined Ubuntu Team.

Eventually they managed to compose themselves and wrestled the game away from the visitors and eventually finished the game 2-1 to the good.