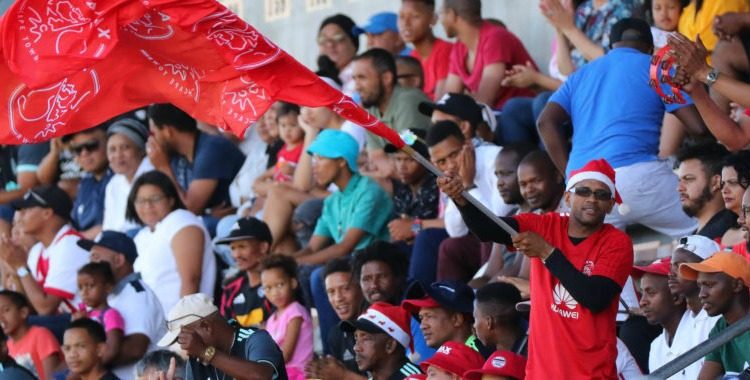 Ajax Cape Town has gone through two difficult seasons after relegation, we have lost some of our fans during this tough time but there silver lining on this situation. Ajax has a clear indicator of who our true die heart supporters are during these harder times.

Shaheim Ismail is the go-to guy for our traveling fans that follow the Ajax squad to Johannesburg. Mr Ismail is one of the most reliable fans you will ever come across in South Africa, and he is always willing to pick-up, drop off, fetch and carry anyone of our Ajax faithful.

The Ajax Cape Town fans are always willing to go the extra step to support their Urban Warriors during the inaugural GladAfrica Championship. This weekend saw Ajax Cape Town fly up to Johannesburg to face off against the newly refurbished Swallows FC at the Dobsonville stadium.

As this fixture is one of nostalgia, some of our original fans decided to go watch this little historical match in the Soweto heartland where they were greeted with open arms from one of our most loyal Joburg based fans, Mr Ismail. Shaheim runs one of the Johannesburg branches in Westbury where players like K.Dolly hail from.

Ajax Cape Town would like to send out a big thank you to all the fans for your constant and continued support.