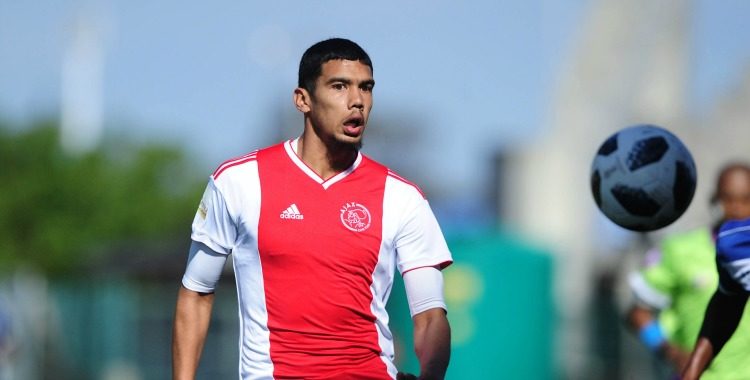 The Urban Warriors come off the back of another away defeat against Swallows FC at the Dobsonville stadium where Ajax went down 3 – 2 in a very two-sided affair. The Warriors started off very poorly as we went 3-0 down in 30 minutes due to poor individual mistakes in the defense, Kiyaam Bull gifted the Birds with a 2nd-minute penalty to give them a very early lead. The 2nd goal came off a quick counter-attack, catching the defense sleeping and finishing off a clever movement. The 3rd goal was another gift as Bull tried to send a long pass down the field but found a Swallows player who managed to put the ball into the back of the Ajax net, which left the Urban Warriors with a huge task ahead with an hour left of the match.

Ajax Cape Town managed to catch a small glimpse of hope as Rodgers managed to end off a very good tactical move by the red and white’s to put the veteran striker on the goal list for his 4th of the season. Coach Ulderink made an early substitution as he tried to plug the holes in the back by putting on 18-year-old Kegan Johannes for Bull, the two teams seemed to be heading into the half time at 3-1. Rodgers managed to capitalize on a Swallows defensive error and tucked the ball away but to the discovery and amazement, the linesman somehow ruled it offside.

Ajax came out of the blocks as strong as possible in the second half as the Urban Warriors went in search of a very early 2nd goal to put the pressure onto the Swallows for the remainder of the 2nd half. The Birdies keeper pulled off two great saves to keep the warriors two goals behind in the first 5 minutes of the second half. The match officials started coming up with even more questionable decisions as a very obvious handball was ruled out. The Swallows players continued to try to slow down the game by going down with “injuries” as Ajax were piling on the pressure, then finally the Urban Warriors finding the second goal as the ball got whipped in from a cross, hitting of one of the Swallows players and landing kindly in the net for the Urban Warriors.

The Warriors took the chain off by the 70th minute and tried pulling out all the stops to try to get that vital 3rd goal to square up matters at the Dobsonville stadium. Unfortunately, the officials seemed to have one outcome in mind and that was not in favor of the Urban Warriors walking away with a point. The game ended 3-2 to Swallows in a game that had a lot of great entertainment points but not going in our direction.

“I don’t often complain about the officials because I know they are human and they are entitled to making one or two minor issues but today they got huge decisions wrong, I was very upset about the quality of the referees in today’s game. Look we can’t just blame the official because we need to reflect on our first half and pinpoint areas that need serious consideration”  Explained the clearly frustrated coach Andries Ulderink.

We see Ajax Cape Town facing off against TS Sporting this weekend (26/10/2019) at the Kwabokweniz stadium at 15:00 as we go in search of our very first away win of the season.