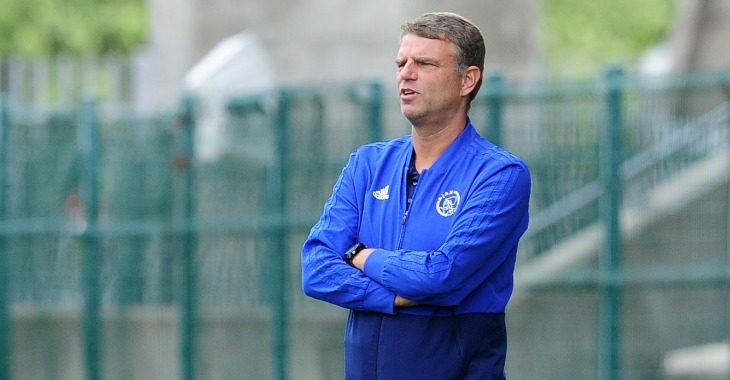 Ajax Cape Town coach, Andries Ulderink told his squad last night that he will be returning to Holland at the expiry of his current contract with Ajax Cape Town after hopefully leading the team to the PSL.

Addressing the players, CEO Ari Efstathiou confirmed that the coach had decided, after 18 months as Head Coach of Ajax Cape Town, that he needed to look for a new challenge for his career in Europe. Although disappointed on the timing of the announcement, Efstathiou said that he was confident that Coach Ulderink would lead Ajax Cape Town to the PSL at the end of this campaign.

“Andries Ulderink will write his name on Ajax Cape Town’s history should he lead the team in winning the Gladafrica Championship. In addition he will be the only Dutch coach to ever lift any silverware at Ajax Cape Town.

“He sacrificed 18 months of his career to assist Ajax Cape Town fight their way out the NFD. Being away from his family, and campaigning in a notoriously difficult league has been no easy task. He is a true professional and we have no doubt in his commitment to finish the season as Champions.”

Ajax beat Royal Eagles in Pietermaritzburg yesterday to extend their lead in the Gladafrica Championship by 3 points.