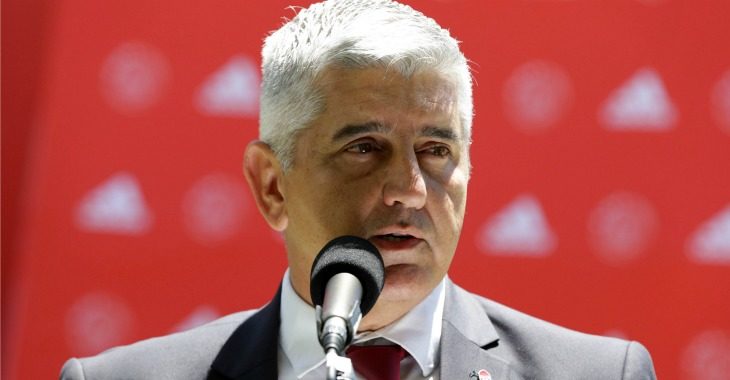 The club made a decision to release a public statement regarding his resignation on the return of the team from the away game against Free State Stars. The team managed a very credible draw away to a very competitive team in Bethlehem on Saturday.

The club can now confirm the reason for the coach’s sudden resignation. Ulderink resigned due to the current suspension of Hans Vonk and the refusal of CEO Ari Efstathiou to lift the suspension.

Vonk, the Head of Youth at Ikamva, is currently under suspension pending an investigation on serious charges of misconduct.

“It is extremely disappointing that the coach made the decision to resign based on Vonk’s suspension. Vonk’s suspension has no bearing on the job of the Head Coach. More disappointing however, is the timing of his announcement. This is a critical time for the club as it is fighting to win promotion to the PSL. Making the decision to resign, several hours prior to flying to face Free State Stars is even more astonishing” said the CEO.

“To be threatened by the coach to lift Vonk’s suspension, failing which he would tender his resignation, is unprofessional and totally unacceptable and by any employee let alone the Head Coach of the club. I had no choice but to accept his resignation”.

In a club statement only last week, the CEO praised and thanked Ulderink for his work and commitment to Ajax Cape Town after the coach had announced that he would be returning home at the end of the current season.

The club will make an announcement on Ulderink’s successor soon.