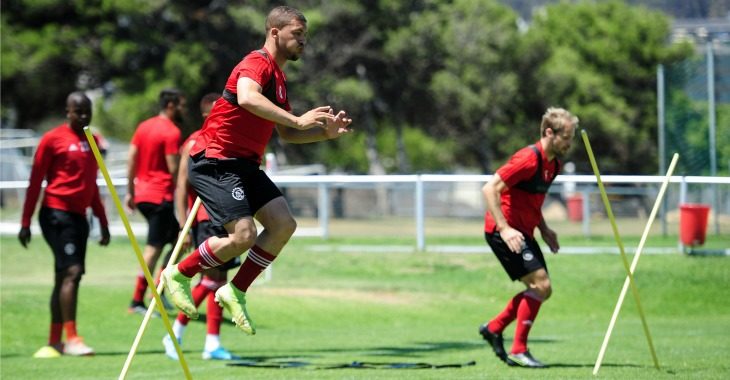 Ajax Cape Town will take on TS Sporting in a 2019/20 Nedbank Cup Last 32 match at the Athlone Stadium on Thursday. Kick-off is at 19h30 CAT.

The Urban Warriors head into this clash having drawn 2-2 with Free State Stars away in a GladAfrica Championship match over the past weekend.

Ajax, who are the Championship log leaders, reached the Last 32 after defeating Richards Bay 2-1 in the preliminary round.

They will look to their inspirational attacker Abednego Mosiatlhaga to lead them into the next round, with the talented player having netted 16 goals across all competitions this season.

Meanwhile, Sporting are brimming with confidence after securing a 1-0 win over Mbombela United in their most recent outing.

Abantu Bemthetho secured their spot in the Last 32 after recording a 2-1 victory over Free State Stars.

Their key player is Decide Chauke, who is Sporting’s leading goalscorer in the league this season with seven goals.

In Head-to-Head stats, Ajax and Sporting have clashed four times. Both teams have registered two wins each.

Sporting emerged 1-0 winners over Ajax in the most recent meeting between the two teams last month.

Abantu Bemthetho are making just their second appearance in the Nedbank Cup, having made their debut last season when they were eliminated in the preliminary round.

In contrast, Ajax Cape Town have been regular competitors in the competition and reached the final as recently as 2015 before suffering defeat to Mamelodi Sundowns.

The Urban Warriors won South Africa’s version of the FA Cup in 2007 when it was still under the sponsorship of ABSA.