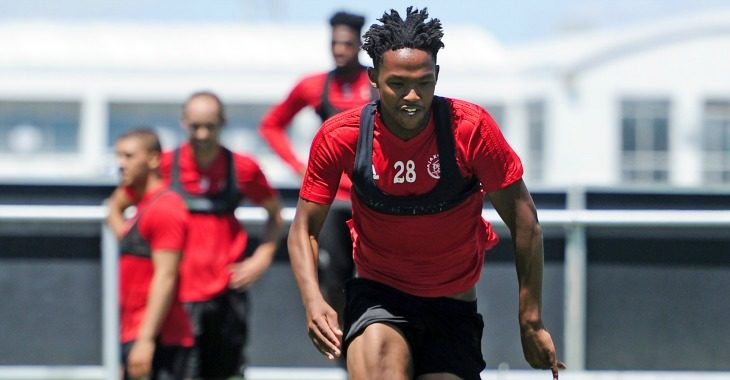 Football has a funny way of playing with one’s emotions, it will lift you up at one moment and bring you down moments later.

Thursday’s Nedbank Cup tie against TS Sporting was a great example of the cruelty that this game can bring, but there was a silver lining.

Ajax Cape Town were trailing 1-0 as the game got nearer to its conclusion. Interim coach Calvin Marlin duly introduced new blood in the form of Sonwabile Mfecane to get some game time against strong opposition, little did he know that this young 20-year-old will give the Urban Warriors the spark they required to get back into the game.

Mfecane was only on the pitch for three minutes, but managed to get his head on the end of a corner-kick to put his name on the scoresheet for the first time in an Ajax Cape Town first team jersey.

The Ajax Cape Town academy product had this to say on that cherished moment: “I am glad coach Marlin gave us youngsters an opportunity to showcase our talent, I was really eager to get on the pitch and show the coaches they can trust me to do a job.

“I was really happy to get the goal but I was really excited because that meant I got to play more football and showcase myself just a little more.”

Ajax couldn’t get the better of TS Sporting even after fighting back twice to finish the game 2-2 after extra-time, but finally loosing 3-2 on penalties.