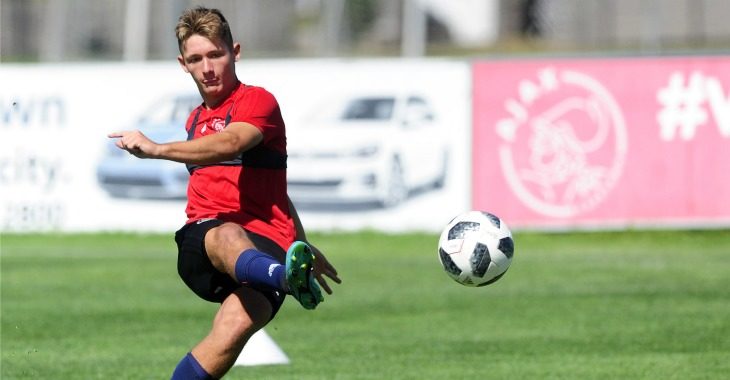 Ajax Cape Town are well known for youth development in South Africa. The Urban Warriors have earned a great reputation for developing football talent, not only in South African circles, but even in Europe.

The club is also very aware that every year the football industry advances and it is thus vital that a club like Ajax Cape Town stay on top of any new developments, this includes setting the benchmark for the way youth development should be done in the country.

Ajax Cape Town built the Lambda Institute in 2018 to house and educate elite soccer players from South Africa and Africa as a whole, giving the players the full development experience and allowing the academy to build more well-rounded players for the future.

We sat down with Liam Bern, one of the “Lambs” to discuss what it’s like to be part of the Lambda Institute.

“People say that you are lucky when you get into Lambda because your whole day is basically football, your back yard is a football pitch so there is no excuse for you not to sharpen your skills. I don’t like it when people say I am lucky because I just work hard, my mom has always said the harder you work the luckier you become,” said Bern.

“I was trying to get into Lambda as soon as it opened and to be honest with you I am not sure what the criteria is for Lambda, but I managed to get in and I am beyond grateful for this opportunity, it’s kind of like being at an university for football I guess that’s why it’s called an institute.

Bern continued: “I have built friendships and learnt a lot about myself because you don’t realise this but if you want to make it in football you will have to travel to different countries and be on your own for long periods of time and learn to fit into cultures that you don’t understand.

The young defensive player is 15 years-old and already plays for the club’s ABC Motsepe League. He has been with Ajax Cape Town since he was nine years-old and he’s looking to make his mark on football in South Africa as quick as possible!