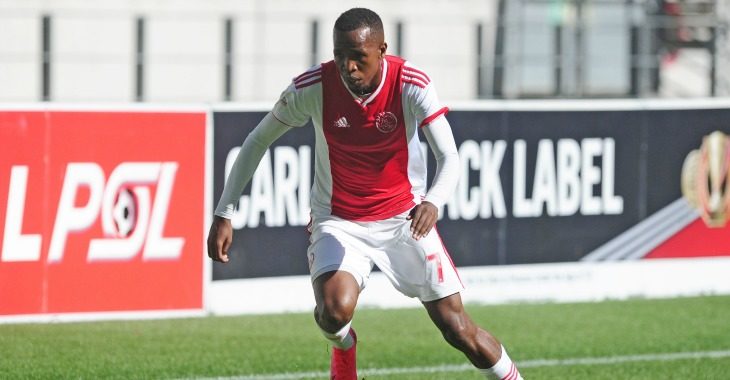 Ajax Cape Town are currently leading the pack in the GladAfrica Championship standings, having accumulated 42 points from 21 matches so far this season, which equites to two points a game. The Urban Warriors can also boast a league high 42 goals, which – you guessed it – also averages out to two goals per game.

It’s fair to say the whole team is contributing to a very exciting, attacking brand of football which has really been a joy to watch, not only for the Urban Warriors faithful but for all supporters of the game.

There are many players that have stepped up their personal game to push the team forward. One of the most notable contributors this season has been Thabo “Gautrain” Mosadi, who looks like a brand new player.

If you have been lucky to watch Thabo in the past few weeks you would have seen a massive improvement to his game and to find out what has brought the change to his game, we sat down with the in-form winger who chatted to us in this exclusive interview:

“For me I made a decision to step up and focus since I became a dad, the world changes when you take on a big responsibility like being a real father,” Mosadi said.

“My son has become my priority and this means a lot of things for me personally, I need to provide a good life for him and I need to set good examples so I need to work hard.

He added “I really appreciated coach Andries [Ulderink] and the way he would approach me, I think he saw a light in my spirit that he knew how to work with me.

“I also think that I suited his system of attack and he made me believe in myself and my abilities once again, I think the timing was perfect for me to find form. I have good people around me now and I want to be a good example to others,” he concluded.

Mosadi was handed the man of the match award for his performance in Ajax Cape Town’s 2-1 win over Real Kings this past weekend, and the Urban Warrior indicated that he will not stop fighting until the club are back in the Absa Premiership.