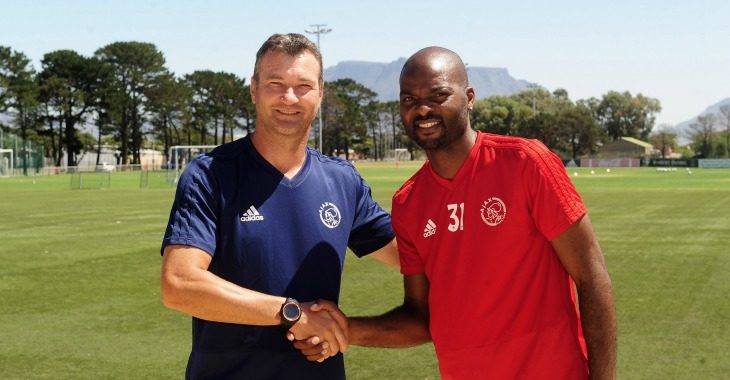 Ajax Cape town have roped in some experience to see out the final nine games of the 2019-20 GladAfrica Championship season.

Veteran centre-back Rooi Mahamutsa has joined the Urban Warriors for the remainder of the season as the club sets its sights on a first league title.

Mahamutsa is a seasoned professional who is able to boast an already glittering career and helped Ea Lla Koto to the 2018 Nedbank Cup trophy, playing every minute of their run to the title.

Perhaps there is space for one more trophy in his trophy cabinet?

“The world works in a strange way; I’ve always admired Ajax as a club and as a brand for many years,” explained the passionate Mahamutsa.

“At my age you wouldn’t think that I would have the honour of working with the best academy in Africa but here I am.

“To the Ajax faithful, I am looking forward to wearing your treasured red and white kit and I will fight for this title as if I came through your academy.”