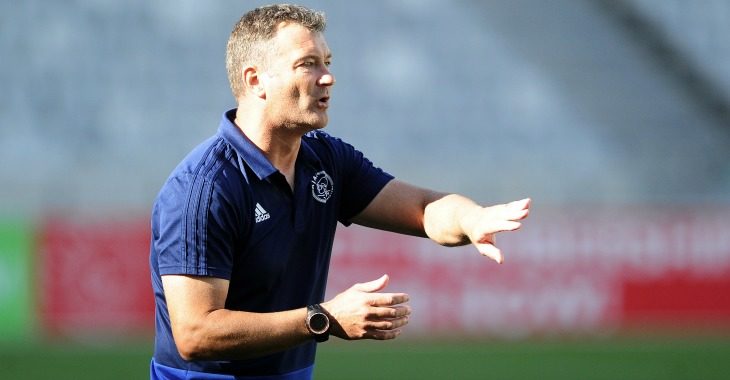 Ajax Cape Town will retain Calvin Marlin as interim head coach of the club until the end of the 2019-20 GladAfrica Championship season.

Marlin is a born and raised Urban Warrior and it would be almost poetic if he were to be the man to lead us back into the Absa Premiership, since he was part of the very first Ajax Cape Town squad back in 1999.

The 43-year-old returned to the Urban Warriors as an assistant coach to Muhsin Ertugral in December 2017 and later became assistant to Andires Ulderink during the club’s maiden voyage in the GladAfrica Championship (formerly National First Division).

The Former Ajax Cape Town, SuperSport United and Mamelodi Sundowns goalkeeper will remain in charge of the team until the end of the season along with Dylan Deane as his assistant.

“I’m just focused on the training to be honest, I’m glad the management hasn’t pressed the panic button to sign a coach at this point of the season,” said Marlin.

“We as the technical staff know what it will mean if we win the league because we are the ones that experienced the bizarre relegation and it means so much more to us.

“The management have shown trust in us and we are here to win! Ajax is a huge part of me and I will do what I can to show that to the fans,” he concluded.