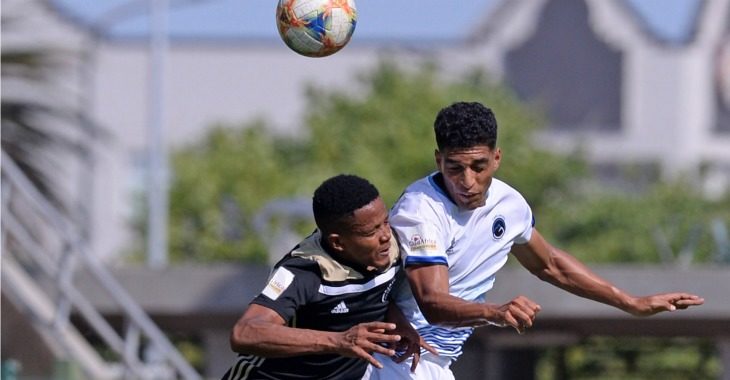 Ajax Cape Town fell to a narrow 1-0 loss away to Cape Umoya United at Athlone Stadium on Friday afternoon.

Ajax Cape Town remain five points clear atop the GladAfrica Championship standings despite the defeat, but having now played a game more than their immediate rivals.

Eleazar Rodgers thought he had opened the scoring with nine minutes on the clock against an Umoya side who boasted a starting eleven packed with former Ajax Cape Town players.

The assistant, though, ruled that the ball hadn’t crossed the line and that Jody February had stopped it from doing so despite Ajax’s celebrations and resulting protest.

Chances were few and far between for the remainder of the half on a hot afternoon in Athlone, but Umoya would pounce against the run of play shortly after the interval as Norodien poked home Shaquille Abrahams’ cross.

The Urban Warriors pushed forward in search of the equaliser, but couldn’t find a way past February in the Umoya goal as the hosts eventually held on to claim all three points.