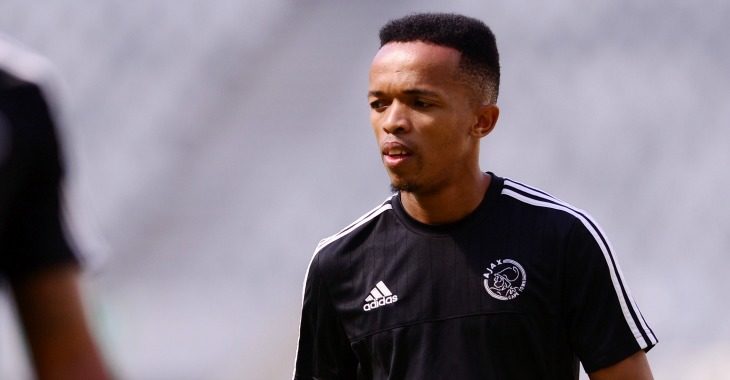 Ajax Cape Town’s star forward Abednigo Mosiatlhaga has opened up about his journey in the GladAfrica Championship.

Mosiatlhaga was part of Stellenbosch FC’s successful run to promotion last season, playing a crucial role in them winning the league title and with 16 goals and five assists in 22 GladAfrica Championship appearances for Ajax this season, he is proving his prowess in the division once more.

The disappointment of not playing top-tier football this season has fuelled the 25-year-old’s desire to help lead the Urban Warriors back to the Absa Premiership and he admits that he couldn’t say no when the club came calling.

“Fortunately, by God’s grace, Ajax came calling, and then I had to come back to this league with Ajax,” Mosiatlhaga told Goal.com.

“I had to realign my mind and told myself that what I thought would happen didn’t happen and in life sometimes we don’t get what we want and think we deserve.

“So, I had to tell myself that I won this league and its history, there’s are a new campaign and a new season ahead and I just have to do what I did previously with a bit more effort and more optimism.

“Ajax is a good club with a rich history and I knew they are a club that wants to get straight back to the Premier Division. so, I knew if I had to decide, it would be a team that will surely compete to go back to the premier division, and I couldn’t say no to Ajax.”

Before the coronavirus (COVID-19) pandemic suspended all football activity in South Africa, the Urban Warriors had opened up a seven-point gap atop the GladAfrica Championship standings with six games in the 2019/20 season remaining.

While nothing was written in stone just yet, Mosiatlhaga believes that in his experience the Cape club were well on course to winning promotion back to the Premier division.

“I think we had six games left to go and to be honest, from the experience I had with Stellenbosch, we were not too far from winning this league and it was a matter of few important games which within those games, we knew the results we wanted, and we thought a doubt, we would win the league,” Mosiatlhaga added.

“I think with the momentum that we had and the type of displays we were producing, we were just a few steps away and there were games we had identified as must-wins which were going to deem us champions, so if I could say it in short, we weren’t very far, we could see the light at the end of the tunnel.”