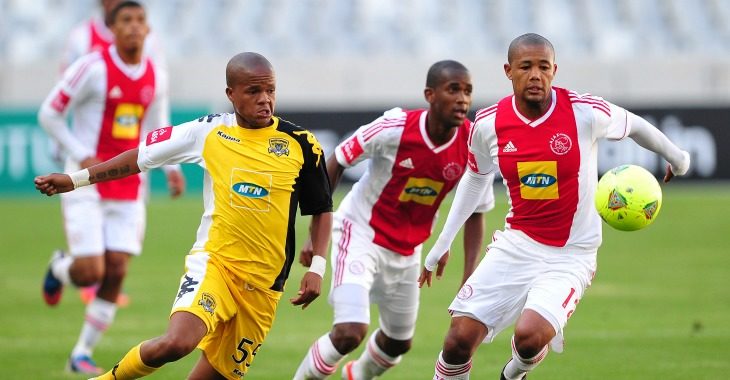 Ajax Cape Town will lock horns with Black Leopards in the second game of the 2019/20 Premier Soccer League (PSL) promotion/ relegation play-offs at FNB Stadium on Wednesday. Kick-off is at 15h00 CAT.

The Urban Warriors are riding high in the aftermath of a thrilling 3-2 win over Tshakhuma Tsha Madzivhandila at Rand Stadium on Sunday.

TTM raced into a 2-1 lead following Eleazar Rodgers’ opener but goals from youth academy graduates Sonwabile Mfecane and Kegan Johannes spearheaded the Cape club to all three points and a crucial win after the GladAfrica Championship disappointment.

“Obviously the result is very positive. Overall we are pleased with the result but conceding the way we conceded the two goals is not something we are happy with,” said Ajax Cape Town head coach Calvin Marlin.

“Taking that now into the Leopards game, there are quite a good few individual players in their team, the way they play is sometimes very individualistic in their approach, they rely a lot on [Mwape] Musonda to get them goals.

“We need to prepare tactically for what they bring to the table and obviously for the size of the pitch. FNB is quite a bit bigger than what we’ve grown accustomed to in recent weeks but hopefully it is a pitch which suits our style of play.

“For us the biggest problem is recovery. It was a tough game mentally and physically against TTM.”

Lidoda Duvha are on a three-game winning run against Ajax Cape Town have recorded maximum points in the last three top-flight duels between the two clubs. Rodney Ramagalela scored a 90th minute winner in a 2-1 win for Leopards in the most recent meeting seven years ago.

Leopards finished the recently concluded Absa Premiership season in 15th spot following a 3-0 loss to Mamelodi Sundowns on the final day of the season.