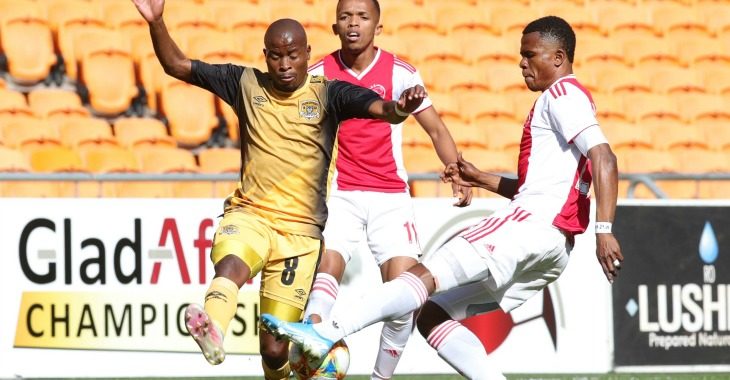 Mwape Musonda scored the decisive goal in a game largely dominated by the Urban Warriors who created a catalogue of chances at the 2010 FIFA World Cup final venue.

Thendo Mukumela blasted over King Ndlovu’s crossbar in the sixth minute following a bright start to proceedings for the visitors, but Leopards would open the scoring.

Musonda has been the Limpopo club’s main source of goals over the last four years and he struck his first time shot past Nick Hengelman from the edge of the area following a quick counter.

Ajax Cape Town went close to leveling matters soon after as Sonwabile Mfecance shot wide of goal and the Urban Warriors academy graduate should’ve scored for the second time in the play-offs on the cusp of half-time.

Chumani Butsaka, who had replaced the injured Abednigo Mosiatlhaga, blazed past his marker before delivering an inch-perfect cross to the feet of Mfecane who miscued his effort.

Calvin Marlin’s troops continued to boss proceedings after the break and conjured further chances through Kegan Johannes and Mohau Mokate who had his shot saved by Ndlovu. In the end, Lidoda Duvha held on to claim all three points as they now turn their attention to Limpopo rivals Tshakhuma Tsha Madzivhandila who they face at Bidvest Stadium on Saturday.