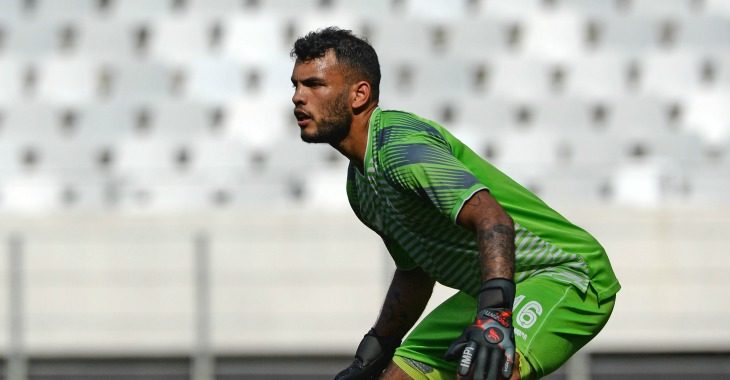 Cape Town Spurs were held to a 0-0 draw by Royal AM in a 2020-21 GladAfrica Championship fixture at Chatsworth Stadium on Tuesday afternoon.

The result moves the Urban Warriors up to two points after two matches following a 1-1 stalemate versus Polokwane City in the opening round of fixtures this past weekend.

A lively start was followed by a spell of domination for the visitors with Siyambonga Madikane unable to hit the target from close range in the 25th minute before Riyaaz Koopstadt watched his rasping effort well saved by Patrick Nyame in the Royal AM goal.

In contrast, the second-half got off to a slow start but picked up pace as the game went on. Chumani Butsaka continued his good form and was only denied the game’s opener by a brilliant save from Nyama in the 70th minute. The resulting corner-kick was taken quickly and aimed at Junior Sibande’s head but he miscued his effort over the crossbar.

Spurs continued to pile on the pressure but had Darren Johnson to thank for keeping them in the game after Sedwyn George almost handed Royal AM all three points in the 90th minute. The towering forward’s shot looked destined for the back of the net but the Spurs shot-stopper had other ideas.

There was time for one more attack and Asanele Velebayi found himself in some space inside the penalty area, but his attempt was straight at the Royal AM goalkeeper as the two teams ultimately settled for a share of the spoils.

Next up for the Urban Warriors is a home match versus Jomo Cosmos at Cape Town Stadium on Tuesday, 8 December. Kick-off is at 15:30 CAT.